He is an International Correspondent in Indian Wine Academy. He completed his MBA (Sustainability), San Francisco State University, USA. He also did Masters Diploma (Environmental Law), World Wildlife Fund, New Delhi. He is a B.S. (Finance) with minor in Multi-Ethnic Theatre/Film, Arizona State University, USA. His schooling was done in Mumbai.

Apart from his academics he has keen interest in JUDO. He achieved a Black Belt in Judo Federation of India. He has won various medals in Inter Club and state level tournaments. He has also represented Maharashtra at the National Level.

Talking about his writing, his Debut Novel Once Upon the Tracks of Mumbai was awarded a Special Mention at the Hollywood Book Festival. Also his debut novel was longlisted for the Crossword Book Awards (Fiction) 2013. 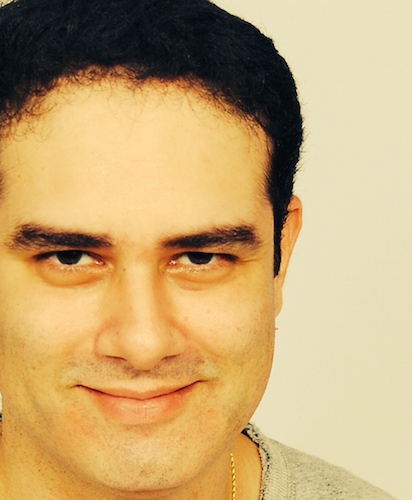 While working as an assistant director with Sohail Khan years ago, I found myself enjoying the scripting process immensely and it propelled me to start pursuing writing as a hobby. Soon, I was writing the press releases and all literature related to our company, apart from being a part of the scripting team of our films. Side by side, I took on work as a guest columnist with The Hindu and the Times of India. In between, I kept writing my own screenplays. When I moved to the U.S. to pursue an MBA, I decided to write another screenplay. But on the spur of the moment, I chose to write it as a novel instead. That novel was Once Upon the Tracks of Mumbai.

What did you like reading when you were a boy?

While growing up, I read all the possible Enid Blyton books and the Hardy Boys series. Then there were the comics of Amar Chitra Katha, Phantom, Mandrake the Magician, Bahadur, Tinkle and of course, Archie and Richie Rich.

For me, the greatest challenge is to get time alone with my laptop in a quiet place. In a city like Mumbai, both time and silence are luxuries.

I do lots of research, both primary and secondary. I need to know everything inside out before I pen the book down. 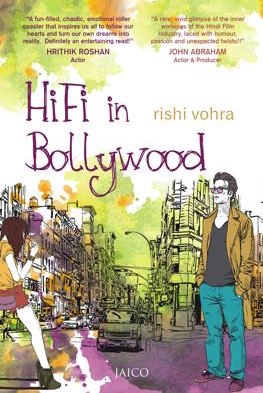 What motivated you to write the book “HiFi in Bollywood”?

HiFi in Bollywood is based on my own experiences. I have come across many books set in the Hindi Film Industry and all of them focus on the scandals, gossip, and glamour associated with it. However, there is a lot of hard work, madness, and crisis management situations on a daily basis when a film is in production, that is hardly or never mentioned. I wanted to highlight that aspect but gave the story a humorous touch to keep the book entertaining.

How did you come up with the idea of writing a Bollywood genre book?

It is natural for any author to write a book based on his/her experiences and/or characters that he/she has met. I have worked in the Hindi Film Industry for close to nine years so this book is inspired from there, as is another forthcoming one.

They keep changing and there are way to many. But in terms of genre, I prefer crime fiction.

I write very sporadically. So when I start a novel, I write everyday. Sometimes, even up to eight hours a day. But at the least, I try to write at least for an hour daily. And when I’m in the middle of a novel, I like to shut myself out from the world and immerse myself completely into the book.

Keep reading. It will only make you a better writer.

He likes to read inspirational books. He is a Professional Blogger, Entrepreneur and a power networker. By education he is a Computer Engineer and by profession he is an Online Marketer.
@niktalk
Previous Kiran Khalap Interview – Two Pronouns and a Verb Book
Next Leela Gour Broome Interview – Flute in the Forest Book