We interviewed an entrepreneur who is also a passionate writer. Mr. Kiran Khalap is the Co-founder and Managing Director of chlorophyll brand consultancy. This company was set up in 1999, one with the maximum number of Intellectual Property Rights on its models and processes. He has involved in differentiating over 200 brands; creating over 40 from scratch, including Meru, Ginger & CK Birla Group. He completed his B.Sc. in Organic Chemistry from Mumbai University. 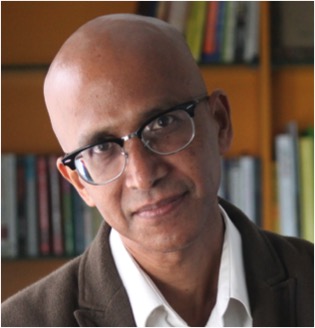 In 1984, he won the first Ashok Jain Award for Public Service advertising. He won the Indo-UK Asian Age Short-Story Writing competition in 1995. In the year 2005, he was invited by the French Tourism Department to write on Wine Country and the South of France. He became Chairman of the Brand & Marketing Advisory Council to the prestigious and challenging Nandan Nilekani-led Unique ID Project of the Govt of India in 2010. He helped define the strategy, brand name and logo.

Let us know about the writer side of the great entrepreneur in his own words:

From the time I remember being aware of words, I have been in love with them. I was writing long essays in school assignments; short stories & non-fiction pieces for publication in newspapers and magazines in school and college.

When I won the Indo-UK award, I got some validation that there were readers who actually liked what I wrote…I realised with relief I wasn’t a madman believing in my own ability to connect with human beings 🙂

What did you liked to read when you were a boy?

I read whatever I could lay my hands on. Totally indiscriminately!

On my fourth birthday, my dad bought me three books, which I finished memorising in an hour:-) He went back to the bookseller…who gave him another set of book but suggested that he enrol me in a library to avoid becoming bankrupt 🙂

At the library, I would finish ALL the books by one author and then move on to the next.

Enid Blyton to James Hadley Chase to James Michener to Virginia Woolf to Henry Miller to Pere Teilhard de Chardin to Ken Wilber to Tom Robbins to AK Ramanujan’s ‘Speaking of Siva’ to Bahinabai’s poems in Marathi to Arun Kolatkar’s work…it has been an enchanting journey.

Writers write books for multiple reasons. Some to earn money, some to express their opinions, some to share their happiness.

I write to share what gave me the greatest happiness…my challenge is not to be too self-indulgent, to stay aware of the reader’s state of mind.

I visited old wadas and the Osho Ashram in Pune; I visited Dr Praksah Amte’s place in Bhamragad; I went for a part of the Narmada Pradakshina and read books on it before writing Two Pronouns and a Verb…so I am deeply embarrassed when readers point out obvious errors.

In ‘Halfway Up the Mountain’ one of my friends pointed out a wrong railway station. Another pointed out wrong usage of Sanksrit. Thankfully, not too many were pointed out in Two Pronouns and a Verb🙂 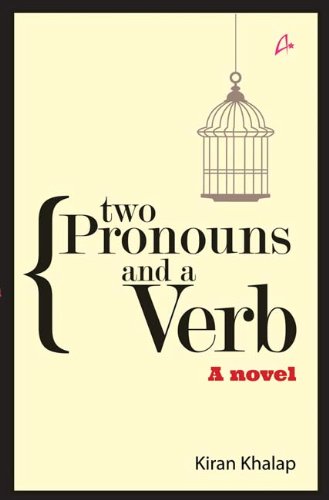 What motivated you to write the book ‘Two Pronouns and a Verb’?

I wanted to question ‘pre-owned beliefs’ that are like ‘pre-owned cars’.

We tend to be brought up on concepts of love, ethics, freedom… without having the intellectual and emotional intelligence to question these concepts.

So I imagined three friends who are forced by circumstances to confront everything from love to accidental homicide to extra-marital sex among the most respected people in their lives.

Can you tell us more?

ALL my books borrow deeply from existing Indian concepts.

My first book, ‘Halfway Up the Mountain’, used the famous shloka/song by Adi Shankaracharya, the philosopher sage of the 8th century.

Here is my commentary on it:

To tell the story of three friends who discover the meaning of complex issues like love and death in Two Pronouns and a Verb, I used the concepts inherent in ayurveda.

They employ varying degrees of imagination; get more angry or less angry; forget or remember easily; are physically stronger or not…and so on.

Arjun is the son of an ayurvedic physician in Pune; Dhruv is the adopted son and Eva, a German girl from the Osho Ashram, is their common friend.

The book traces their journey from childhood to adulthood.

My third book of fiction is named ‘Black River Run’ and this is based on the Swami Samarth Ramdas, the 17th century saint and spiritual poet of Maharashtra.

In English, Tom Robbins in fiction and Ken Wilber in non-fiction.

In Marathi, Arun Kolatkar and Nalesh Patil as poets.

My job involves a lot of writing but I must admit I don’t write fiction every day.

I do think about my stories every day though.

The late F N Souza, a founding member of the Progressive Artists’ Group of Bombay, and the first post-independence Indian artist to achieve high recognition in the West, spent his last Christmas in 2002 in my house in Mumbai. And he said something unforgettable then, “I cannot draw badly because drawing is now part of my metabolism.”

It today’s Internetworked world, anybody can get published. (Nothing wrong in setting that as an objective.)

But if your objective is to become a great writer, you have to write and re-write until the act of writing becomes as natural as your metabolism.

He likes to read inspirational books. He is a Professional Blogger, Entrepreneur and a power networker. By education he is a Computer Engineer and by profession he is an Online Marketer.
@niktalk
Previous Meghna Pant Interview – Happy Birthday Book
Next Rishi Vohra Interview – HiFi in Bollywood Book