Walter Coffey is an author who has published four works of fiction and two works of non-fiction. He was born in Joliet, Illinois and graduated from Joliet Junior College and Loyola University of Chicago. The Reconstruction Years, a non-fiction book about the years following the Civil War, is his latest work.

He has won the following awards for his various works: 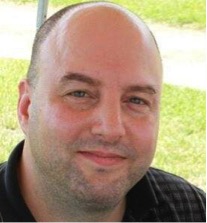 I started out drawing pictures as a child, but I was never a very good artist, so then I started putting words to the pictures. As I slowly realized that I could write much better than I could draw, I got rid of the pictures and just stuck with the words. I started writing short stories in the 3rd grade and have been writing ever since.

I liked science-fiction. Also, having grown up during the Cold War, I read anything that had to do with the end of the world. In my teen years I became more fascinated with literature. Only when I went to college did reading about the Civil War become my passion.

Actually starting the work! For me, sometimes I tend to think about an idea too much and consequently it never gets to the page. I have to force myself to sit down in front of my computer and actually type what comes to mind. To me, this is the hardest part. Editing is the easiest part; I enjoy editing my work once it’s finally written down in a first draft.

It depends on the work. For instance, my first four novels are set during the Civil War, and after I work out the storyline, plot, and characters, I then set about researching everything necessary to make these aspects of the novel historically accurate.

The research was much more extensive for my two non-fiction books. The Civil War Months is a compilation of all my research done for all my novels as well as everything I had read about the war since I started studying it (nearly 25 years). The Reconstruction Years includes parts of research I had already done, plus an additional three years of research through books, archives, newspapers, and first-hand accounts. 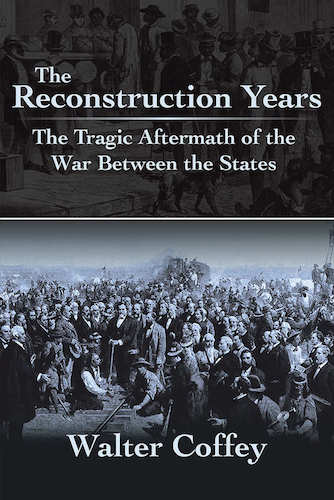 What motivated you to write the book “The Reconstruction Years”?

When I finished The Civil War Months, I realized that the story of this era was not over. There are thousands of books about the war itself, but there are relatively few about the tragic years after the war. This was the story I wanted to tell; I wanted to make this a companion to the first book, and in this way tell the story of the war and its aftermath in total.

Can you tell us more about your latest book “The Reconstruction Years”?

The Reconstruction Years illustrates the years following the Civil War in which the South was re-assimilated into the United States. The book reveals that this re-assimilation took much longer and produced much more tragedy than anyone had anticipated.

The book shows some of the unintended and tragic consequences that were produced by excessive government intervention into people’s daily and personal lives. It also shows the beginning of America’s transformation from the constitutional republic it had been before the war into the centralized world power that it is today.

Some of the key events that shaped both the Reconstruction era and subsequent American history are explored, including:

The new alliance between business and government, which introduced the dubious economic system that flourishes in America today

The rise of organized labor, women’s suffrage, and other special interest groups seeking recognition for the first time

How did you come up with the idea of writing historical genre book?

I started out by writing fiction, and then when my novels were completed, I realized that I had hundreds of pages of research for them. I wanted to turn them into a non-fiction account of the Civil War, but since there are already thousands of those types of works available, I wanted to do something unique. That’s how I came up with The Civil War Months, in which each month is a chapter in the book and the story is told chronologically but generally enough to appeal to a casual reader, not just history buffs.

I did the same format for The Reconstruction Years, in which each of the 12 post-war years is a chapter in the book, and the events of each year chronicled in those chapters.

As I child, I read H.G. Wells, and I tried emulating him with short stories centered around visitors from outer space, or the future. As I got older, George Orwell became a big influence, and then in my teen years, I started appreciating literary types such as F. Scott Fitzgerald, Frank Norris, and Upton Sinclair.

As I began studying the Civil War, my favorite authors became James McPherson, David McCulloch, and Jay Winik, among others, for non-fiction. Fiction writers would include authors like John Jakes and Owen Parry.

Since the sales from my books don’t pay the bills yet, I work a full-time job in addition to writing. Even so, on weekdays I generally dedicate three or four hours a night after work to researching and writing my blog (CivilWarMonths.com). I usually try writing anywhere from six to eight hours on Saturdays and Sundays.

I would say never stop trying to learn your craft. There are always new ways to learn, new and innovative ways to write, and new ways to improve upon yourself. Writing is a process, and it’s very important to be familiar and comfortable with all aspects of the process to be a success. And the most important thing is to always remain self-motivated because most writers don’t have a boss to force them to write, which can be a very good thing!

You can buy his book:

He likes to read inspirational books. He is a Professional Blogger, Entrepreneur and a power networker. By education he is a Computer Engineer and by profession he is an Online Marketer.
@niktalk
Previous Niekita Tak Interview – If I Had A Last Wish Book
Next Riti Prasad Interview – Wicked Temptations Book