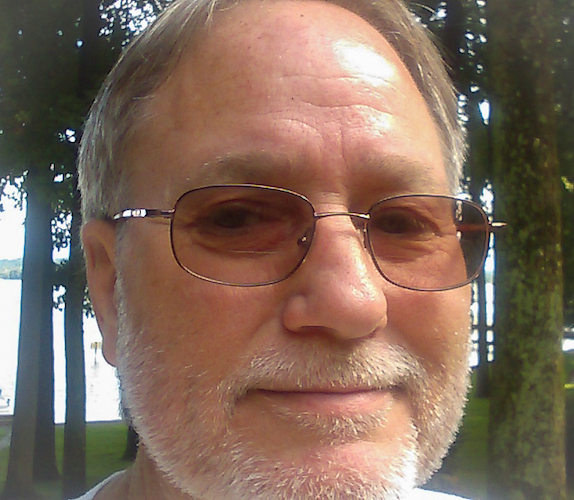 People noticed me writing stories as a schoolboy and provided me opportunities to publish them. Thereafter I always did whatever kind of writing presented me with outlets. In my career, writing was one pillar of expression that included visual imagery, music, and words/ideas through television and corporate communications for Fortune 100 companies. Now that I’ve retired, writing is the one pillar that doesn’t require costly teams of talented people and expensively equipped facilities; so now I can simply write stories, essays, and how-to on my own out here on the lake. It’s not so much about how I started what I do, as how many ways what I do has encouraged me to write. If the question is, Why did I switch to the kind of material I write now? It’s because for the first time I’m writing entirely just what I want to say.

I started very young with pulp series such as Doc Savage and The Destroyer, then transitioned into sci-fi: Heinlein, Asimov, Clarke, Bradbury, Sturgeon, et alia. I found modern literature in college. That was cool.

Having time and escaping distraction. I’m not an hour-a-day kind of writer. I like to climb on that bull and ride it until I fall off, exhausted.

How much research do you do before writing the book? For most novels, quite a lot. I study culture, language, beliefs, geography, and more so my characters and their situations feel authentic. For Papala Skies I learned quite a bit of the Hawaiian language, including pidgin versions spoken in the rural areas. I’m happy that people from there tend to be surprised that I’ve never even visited the islands. 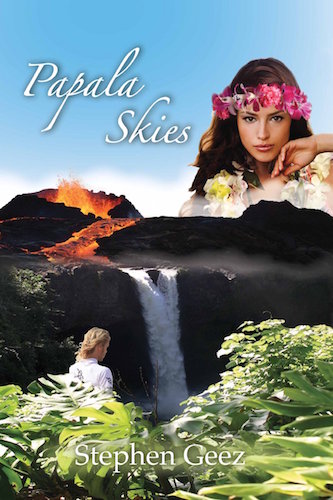 What motivated you to write the book “Papala Skies”?

I wanted to explore how people can live most of their lives in one place but call another “home.” I wanted a character who forms impressions of his/her world by associating elements of place with what is familiar from elsewhere. I wanted to show the differences between biological families and the attachments we form with those we love. I wanted to show how empathy can change us when faced with the opportunity to give back something another has lost, even at our own expense. Then I added showing how guilt and grief can infuse how we value our very selves. My early outlines situated my ideas in suburban Ohio, but that lacked opportunities for visual excitement and cultural variance, so I moved it to Hawaii and discovered more possibilities. I’m very organized and serious about outlining, so finding the rest of my story in Hawaii motivated me to move forward with writing it.

Can you tell us more about your latest book “Papala Skies”?

Rochelle is an over-achieving young woman who has long blamed herself for her mother’s death. Now she needs to find her place in the world, even as family obligations pull her toward the very life and people she rejected as a child. In rural Hawaii, she deals with her ersatz family’s beliefs in ancient superstitions while she struggles to cope with the realities of greed and grief. From discovering simple truths in the depths of a coral lagoon to braving deadly eruptions while secreting bodies in subterranean lava tubes, she finds herself living a life she never planned.

It is narrated entirely from her point-of-view, with the early chapters alternating between key events in her teen years and the very adult challenges that pull her in new directions after college. The descriptions reflect her penchant for imagining the places she knows or hopes to see. It is very much a character story; but as the mysteries unfold, it becomes a fast-paced thriller where the very survival of Rochelle and the people she loves are in jeopardy.

How did you come up with the idea of writing a multi-cultural literary slipstream fiction genre book? I wanted to illustrate the nuances of self-perception and identity, so for this book I aimed for a more nuanced and sophisticated story than basic mainstream.

Who are your favourite authors? Beem Weeks, Edmund White, A.M. Homes, T.C. Boyle, Nick Hornby, Robert A. Heinlein, et alia; plus many who have chosen to write for movies and television.

I go through stretches of no time to write when I’m working on graphics and editing for others. Then when I do write, I like to go all day and much of the night.

Don’t pursue it because you want to be a writer; do it because you have something to say. Learn the craft—point-of-view, narrative voicing, characterization, wide-ranging techniques for description, etc.—and keep stretching to build those skills. Never think that whatever spurts out of your brain is sacred; embrace the ethos that storytelling requires multiple drafts and substantial editing, and that you’re not finished with a piece until can’t find anything about it that’s less than perfect. I get submissions from people who send out first drafts they’ve not even bothered to proofread. Respect yourself enough that when someone agrees to spend time reading your work, you will stand behind it and say that’s the best you can possibly do. Never stop learning, be professional, and agonize over every sentence until you’re amazed by what you’ve accomplished.

He likes to read inspirational books. He is a Professional Blogger, Entrepreneur and a power networker. By education he is a Computer Engineer and by profession he is an Online Marketer.
@niktalk
Previous Markus Ahonen Interview – Medusa Book
Next Bilol Bose Interview – The Palace of a Thousand Rainbows Book