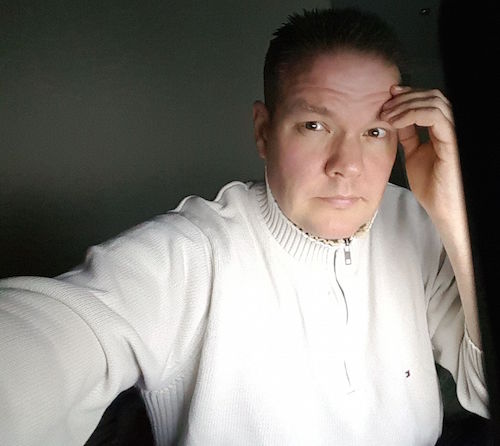 I wrote already at very young age, at around 7. Then at 13 or 14, I noticed I was observing people in the buses, how they behave, forming texts inside my head. At that point I had read the first Harjunpää series police novel written by Finnish author Matti Yrjänä Joensuu and understood the meaning of beautiful, unique language and how someone can create a touching, still very realistic world. In his books people are people, even the bad ones have their often traumatic and tragic backgrounds.
Finding writing and all its sides probably saved me, since I was living in a somewhat rough suburb. With writing I had something of my own that no one could take away from me. Writing and creativity, diving into my own world of written communication, was my religion that kept my spirit alive in the middle of youth hell in those surroundings.

I read Mark Twain’s books such as Prince and the Pauper and The Adventures of Huckleberry Finn, Two Years’ Vacation by Jules Verne. Something very special for me was reading Astrid Lindgren’s novels, the best one being the dark and humane The Brothers Lionheart. I still go back to it. You can read it at any age. I had read lots of youth series books and had been read children’s stories for years before I had learnt to read. It all stimulated imagination and the hunger for better and better stories, more and more.

For me it can be getting the structure together, especially when the timeline is very long, there are lots of characters to be covered. And then getting it written. There’s always a moment in one or few spots during the writing process when everything is doubted in mind. But it will eventually continue from there. That precise script might have to be put to the side to ripen while others force themselves on the writing stage. But eventually nature, creative machine, solves problems underneath other writing and it can be possible to continue the script. It can be good to have a week’s break every once in a while even when wanting to finish that exact script soon on time.

I might do subconscious research all the time, putting my findings in their own boxes in their own script files, which might be fully written only years later. I also tend to use places that I already know. And if I don’t, I visit the places or ask other people about them. They might give a description or even a small report on them. I do fact checking on internet or elsewhere even during the writing process and use my already gathered general knowledge that can pop up whenever needed. 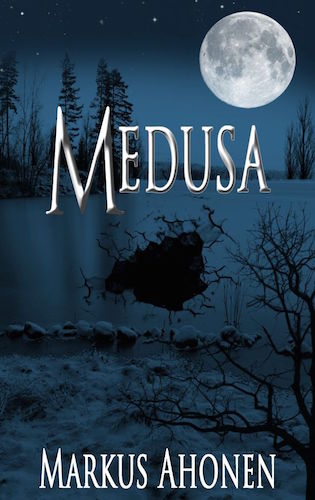 What motivated you to write the book “Medusa”?

It was based on the atmosphere on the surroundings I grew up in my youth as well as at the time of writing. How people were affected by others’ bad behaviour. There had been a bomb explosion in a shopping mall two-three kilometers from where I grew up few years before the writing. The bomb was blown up by a young man aged 19. Though the motive was never really fully known, I could feel the strained relations, pressured atmosphere and even bullying being in the back of his decision. In a society being under pressure with people suffering from mental health problems, pressures in work life and some people’s desperate need to be right even by lying, it just fit the description. When someone gives up or loses it. One night in November 2005 all this past and then present time clicked and I wrote the script in a short time. I had to write it fast, since I wanted to send it to a crime novel contest before its deadline.

Can you tell us more about your latest English translation book “Medusa”?

In Medusa, several, hazy, staged-like murders are committed in a short time in Helsinki region in Finland. In their last days, victims have ended up in the middle of strange events. As if someone had wanted to rip them from their last pieces of sanity.
Medusa is the first crime-themed novel in Isaksson series. There are so far two other published ones in the series: Palava sydän (Burning Heart) and Jäljet (Tracks).
These books depict the Finnish society and its different sides through crimes and people involved in them. There is social commentary on society and people’s behaviour in general leading to often unnecessary tragic events in the world.

How did you come up with the idea of writing crime fiction genre book?

I had written other kinds of book scripts earlier without getting published: literary fiction, children’s fiction, other crime novels, short stories. I wrote Medusa to send it to a crime novel contest. I had had a tendency and interest in crime fiction genre. At one point when I was sending TV script ideas to a TV producer, he gave me feedback saying: ”You don’t always need a murder in every script”. Even when writing other kinds of works, in many I ended up having a crime twist in some way. So it must have come very naturally from inside of me. But writing crime fiction doesn’t say you can’t add other things in the books. General life, love, psychology, more artistic and ambitious use of language, which could be from literary fiction. There are no borders, just in people’s minds.

The late Finnish author Matti Yrjänä Joensuu probably set the tone in my life and writing in very early stages when I was around 13 or 14. His humane, though pessimistic way of depicting reality and people’s minds through crimes is very unique. Also his use of language is nothing I’ve ever bumped into in a similar way in crime-themed novels. In crime fiction I also like Henning Mankell’s Wallander series, Håkan Nesser’s novels, Maj Sjöwall and Per Wahlöö’s Beck series (all Swedish). Outside of it some of my favourite authors are the late Harri Sirola, Jukka Pakkanen, Leena Lander, Väinö Linna (all Finns), Raymond Carver and his prose poems, Anton Chekhov, Astrid Lindgren, Mark Twain. And when it comes to psychology I do like Crime and Punishment by Fyodor Dostoyevsky among others. There are also very good plays I got hooked to when I was in university, among them The Good Person of Szechwan by Bertolt Brecht and the hilarious Jeppe of the Hill by Ludvig Holberg.

It depends on other work and season. I might do several shorter sessions over the day and have breaks in between to do other things, go for a run or so on. Or do some other work in the morning and go on with other writing in pieces until late at night. Though I’ve had times or seasons that I’ve worked from early morning to late at night especially when doing editing. I’ve written some of my books’ first drafts in only one or two months, so it might have been a very intensive period of time in writing.

Experience life, observe it, absorb everything that you can use as creative sparks around you whether it’s other forms of arts or other things you like, books, movies, paintings, theatre. If you love music, let your imagination form pictures or characters’ moods with it. Find your own way of being creative and form your own voice. Try to be natural and genuine. Words don’t have borders, so just let yourself go with your imagination. With that you can change someone’s world. I believe there is someone out there, who is looking for just that kind of writing you will end up writing.

He likes to read inspirational books. He is a Professional Blogger, Entrepreneur and a power networker. By education he is a Computer Engineer and by profession he is an Online Marketer.
@niktalk
Previous Sourabh Mukherjee Interview – In The Shadows of Death Book
Next Stephen Geez Interview – Papala Skies Book