Santosh completed his graduation from NITK, Surathkal. He also was a researcher atIndian Institute of Science, Bangalore,University of Twente and University of Eindhoven. He was invited to speak at AIR 2014; Pragati TV on Gender Equity based on his book She: Ekla Cholo Re and Community Radio ‘Being an Author’. 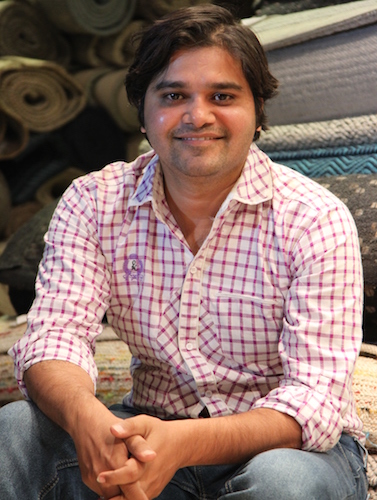 This is going to be million dollar question to begin. It all started while I was a student moving from primary to high school, an English teacher, Sr Victoria identified my passion for reading, questioning, introspecting, writing and presenting my views. This lead one to another – school magazine, writing competition and so on. If I recall, writing letters to friends and family helped a lot in going forward!

I read anything that was available at home, school and friends home! Bible has always appealed to widen my understanding.

Oh ho! Writing is something nice till proof reading stage. I had very challenging time to re-read it several times from editor and peer readers. However, I have overcome to certain extent  since last four books by taking regular breaks.

This one to be difficult question to answer! My first book ‘Adhuri Prem Kahaniya’ was out of interviewing people on their understanding of love. Though it was suppose to be on blog but ended up as a book on experimental basis. ‘Second Heart’ needed understanding on kidney issues, Dr Sandeep Huligol (Nephrologist, also co-author) was instrumental in shaping. He made to walk through the life of people who had kidney problems. The exhausting research (interviewing, reading books/research papers, inputs from Social Workers and observations) was done for the book Title is Untitled; Black Grey and White; She: Ekla Cholo Re. Specifically She: Ekla Cholo Re book is brought in a progressive form of writing.

What motivated you to write the book “She : Ekla Cholo Re”?

Less than two year ago while I was scripting Black, Grey and White (on HIV/AIDS) one of faculty from Social Work dept suggested a topic on transgender. Dr Shayan Haq and I felt that topic on LGBT have been dealt in sympathy or regressive approaches are used to narrate. We were inspired from Rabindranath Tagore’s writing that has progressive approach. The idea turned into reality after the real incident that I came across meet a person on a highway. That became an opening scene in the book.

How did you come up with the idea of writing fiction genre book?

The most source of inspiration have been – Bible, M K Gandhi’s and Rabindranath Tagore’s writing. Apart from this I read psychological books that trigger ideas to script.

It would be M K Gandhi, Rabindranath Tagore and others

I keep adding point in my notes on regular basis. To sum up it would be anywhere between 30 minutes to 2 hours. I use vacations complete on it.

I was thought in a screen writing workshop – the challenge with the writers is that they don’t write. I would say, ‘Just Write it!’ Many times ideas don’t move from head to hand. This is vital step to begin!

He likes to read inspirational books. He is a Professional Blogger, Entrepreneur and a power networker. By education he is a Computer Engineer and by profession he is an Online Marketer.
@niktalk
Previous Krishn Chaudhary Interview – You came with an irreplaceable tag Book
Next Sachin Dev Interview – Faith of the Nine Book