We interviewed Nandini Bajpai, who lives in the Boston Area. She did her schooling and graduation from New Delhi. She worked with a computer training institute in New Delhi. She later worked in a shoe company in Australia and her last full time job was in Boston. She is into Business Analysis but her first love is writing. She is the author of Red Turban White Horse and Starcursed. Her novel Rishi and the Karmic Cat will be published by this fall. 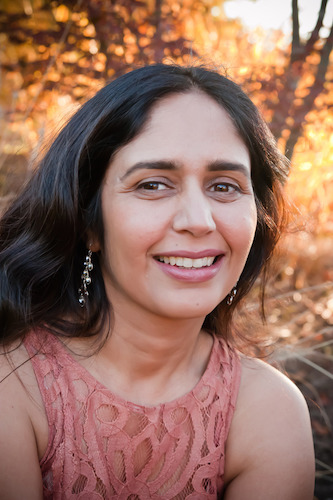 I always loved books, but only found my way back to writing after I started reading to my kids. I so enjoyed revisiting my childhood favorites but I couldn’t find anything that had characters they could identify with. I’m a big believer in “be the change you want to see in the world” so I decided to start writing myself. Of course, it takes work to get get good at anything but I kept at it. Also, my younger sister Anuja Chauhan is a bestselling author and her example and encouragement were reasons to keep going.

What did you liked to read when you were a girl?

I read everything I could get my hands on. A lot of British children’s books, as was normal for Indian kids in those days. We were lucky to have access to great libraries as my father was in the Army and there were always good books to be had at the Officer’s Clubs. I was also in boarding school for class 9th and 10th and although no television was allowed except on Sundays, we had access to a well stocked library. Some of my favorite writers as a child were Enid Blyton, C.. S. Lewis, Lewis Carrol, Agatha Cristie, P.G. Wodehouse, Georgette Heyer. I also loved Hindi poetry and authors such as K. M. Munshi and Satyajit Ray.

The hardest stage for me is the when I get to the middle of a first draft. The shiny new idea isn’t shiny anymore, and all kinds of story arcs are up in the air. It takes a lot of creative energy to get through the murky middle but once I’m through that it’s all downhill from there. I love writing endings and revising.

It depends on the book. For a historical novel like Starcursed I had to do a huge amount of research, most of which you won’t even see in the book. It just gave me the confidence to write with authority about the time period and I also really enjoyed the research itself. I feel so luck to be the first person to have written about this incredible character from legend and/or history! For my contemporary novel Red Turban White Horse we had actually had a wedding in the family on the eve of Hurricane Irene in Boston, so the entire wedding saga was actually research! I just had to work on the characters and storyline as the background, setting and details were crystal clear in my mind!

What motivated you to write the book “Starcursed”? 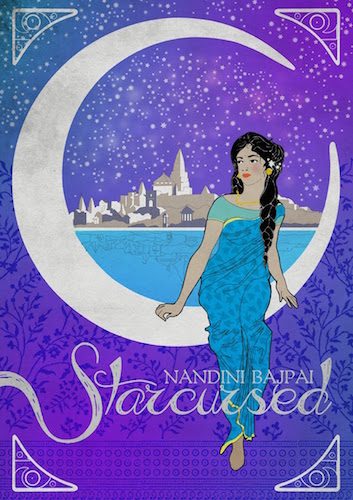 It was a trip the Museum of Science in Boston. They have a display of the history of mathematics called Mathematica, which is basically a timeline of mathematicians and their work and it takes up a whole wall. One of the artifacts on it is a page of the Leelavati by Bhaskaraacharya, but it has a very dismissive write up about the mathematician and no mention of who Leelavati may have been. I knew about the legend of Bhaskaracharya’s daughter and thought about how inspiring a story about her would be for young women interested in STEM today. I had been a Math honor student at Miranda House and never heard of her! I had also been told as a child that my all my grahas were in suptavastha, so I identified with poor Leelavati and her terrible kundali. I tried to find books about her and came up blank, so I decided to write one myself. It is very much a labor of love!

Can you tell us more about your latest book “Starcursed”?

Starcursed is a about a young girl who is beautiful and brilliant but has been born under an unlucky star. Her birthchart says that she’s unlucky for anyone she marries, and even her father Bhaskaracharya, the best mathematician and astronomer of his time, cannot change that. He educates his bright young daughter and even encourages her to teach at the observatory he heads in Ujjain. I really loved researching the time period in which the novel is set. This is when Prithviraj Chauhan is ruling in Delhi, Nalanda is still a center of learning, the threat of war looms over North India, and there are trade links between the sea ports of Gujarat and the kingdoms of Java and Indonesia and the middle east. It is a time of great change and unheaval, a time when an unlikely love story can happen. Rahul Nagarseth, Leela’s love interest, is a very unique lead character, and Leela is a very different protagonist. For the standard blurb of the novel look here.

How did you came up with the idea of writing historical romance genre book?

I’m a big fan of Georgette Heyer and Jane Austen and love the best works in the genre, which tend to transcend mere romance. Leelavati’s legend really lends itself to a fine historical romance with the possibility of a layered storyline that has more to offer than the basic love story, and that’s what I’ve tried to do. Since it has to appeal to teens with a short attention span the novel has a faster pace than the regular historical romance. I also don’t believe in overwrought and melodramatic romance and I hope to have avoided them in my book.

There are so many! I read widely so there are many many authors and books that I love! A Suitable Boy by Vikram Seth is one of my favorite books, all of Jane Austen’s novels, Haroun and the Sea of Stories by Salman Rushdie, anything by Amitav Ghosh or Ursula K. LeGuin, J.K. Rowling, and many YA authors writing nowadays.

I write on weekday mornings, unless I’m on deadline, in which case I write all the time!

Read widely and write a lot. Find a great critique group and listen to their feedback. Strive to improve and compete only with yourself. Someone said that people who get into writing usually have good taste, but when they first start writing their own writing looks sub-par to them. This is because they have good taste! But if they persevere eventually their writing will improve and they will be proud of their work. That is the time to send it out for publication!

He likes to read inspirational books. He is a Professional Blogger, Entrepreneur and a power networker. By education he is a Computer Engineer and by profession he is an Online Marketer.
@niktalk
Previous Vandana Singh Interview – Boarding House Book
Next Preeti Singh Interview – Crossroads Book