We interviewed Vandana Singh. She is currently tutoring and writing. She got literary research papers published in anthologies and writing papers for conferences. She is also working on her second novel. She had achieved  the 10th position in Merit List in Utkal University in 1st year degree, 1977. She has a vast academic background. She is a M.A. (English) from Ravenshaw College, Cuttack, Odisha, 1981. 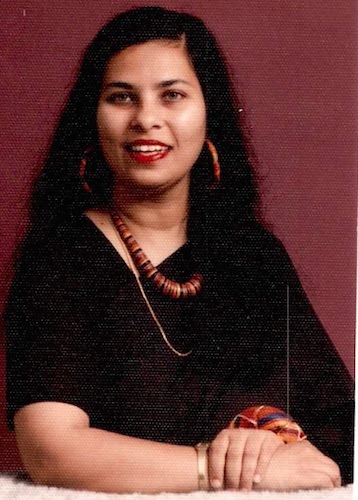 She acquired the EdS (Education Specialist) degree from Mid.Tenn.State University, Middle Tennessee, USA, 1992. She did a Diploma in Writing for Children and Teenagers from Institute of Children’s Literature, CT, USA, (Correspondence), 2007. Apart from these degrees she is a PhD (English) from Singhania University, Jhunjhunu, Rajasthan, 2013. It is an honour for us to interview a person with such intellectual capabilities.

I was a very emotional person. I felt strongly about many issues such as being faithful in relationships. I started writing a diary in school. I was good in both English and Hindi. My articles were published in the school magazine. In college I took up English Honors in B.A. and then did M.A. in English which required writing. My teachers in college used to like my writing. I also had very literary-minded people on my father’s side.

One has to write from the heart and the soul—so veering moods when writing is a real challenge. Keeping one’s emotional health and the discipline to persevere in spite of changing moods and one’s daily circumstances can be a real challenge.

While studying literature in school, college and university, as a writer I read continuously—ideas, emotions, truth, all form a mixture and you discover writers, literary truths, which mix with your own strong gut emotions, observations and reflections on human behavior and changing human motivations. I don’t necessarily research but write from my gut feelings, raw emotions and use the books I have read alongside as a basis to supplement and confirm my own insights.

What motivated you to write the book “Boarding House”?

To a large extent, my own feelings as a child when I was in a boarding house in my mid-teens and its possibility for disconnect with the outside world, and what I observed of life and its many challenges when in America.

Can you tell us more about your latest book “Boarding House.”?

I am a very homely person, very introverted and deeply attached to my immediate family. So, the difference between home and the outside world get emphasised, which pushes me to write. I sometimes felt like being an exile in my own country—being born and brought up in Odisha as a U.P.-ite and not quite belonging to U.P. alone after Odisha, prompted those feelings of both belonging and alienation. 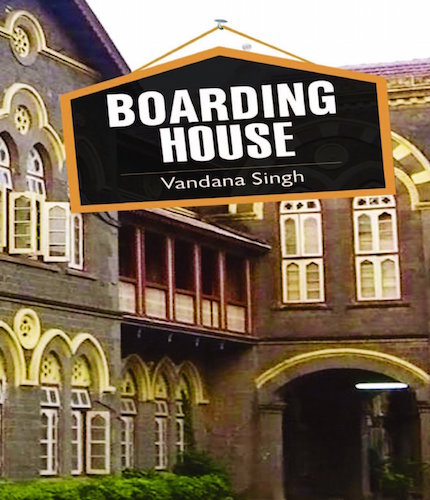 Similarly, I belonged more to the Black world in the US- as being an Indian, I could feel the similarity in historical experience- the shared experience of Colonialism in the Third World, and slavery in the First World, among the minorities in the US- facing similar problems of racism and poverty; the same incredibly old roots among Indians and Blacks from Africa; similar soul religions as the ancient worlds of Hindu India and Black roots in the earliest civilisation in the world in Africa.

Though not as disabled by suffering as Blacks in the US, I did not feel I much belong to the Western world as a non-native speaker of the English language. Therefore “Boarding House” happens as the ultimate symbol of non-belonging and alienation. I do belong to the Hindi-speaking North India, and not to the West without family support there.

How did you come up with the idea of writing Non Fiction genre book?

Who are your favorite authors?

I liked Joseph Conrad’s Lord Jim for its portrayal of pain due to Lord Jim’s failure to be able to save humanity on the ship and Conrad’s Secret Agent for its depiction of a sister’s love for her retarded brother and the painting of a dysfunctional Victorian family. I liked Romain Rolland’s Nobel Prize winning John Christopher which I read right after school.

I liked John Christopher for its depiction of pain and life after success; its portrayal of love for music. I had liked Aldous Huxley’s Brave New World which I had read in my B.A. English Honors years. I liked Huxley for exposing the danger of civilisation losing its human values and being dependent on scientific gadgets alone as a measure of civilisation. I read Kiran Desai’s Inheritance of Loss.

I liked Desai’s book for presenting the dilemma of both belonging and not belonging to the Western world and the changed Indian world after being colonised. I read Lorraine Hansberry’s drama A Raisin in the Sun and liked her presentation of the Black situation in America and its search for roots and identity as well as struggle to gain equality with Whites; Maxwell Anderson’s drama Lost in the Stars, based on Alan Paton’s novel Cry the Beloved Country.

I liked Lost in the Stars for its portrayal of loss in both a White and Black father as each loses his son in a racist South Africa; I liked Arthur Laurents’ drama Home of the Brave, for its portrayal of pain at being an outsider in America and attaining relief through therapy at achieving universality of feeling about simply being alive in the war field, like all the other soldiers, and so not being different from the rest.

I would have been a prolific writer had I written daily. I am unfortunately dependent on my moods for writing and some days the desire to write comes more naturally than others. I don’t write daily but am working on it.

To aspiring young writers, I would say: Study the Humanities, Literature, History. Go into religion and spirituality. Listen to plenty of good music- Hindustani and Carnatic vocal classical, good old Hindi film songs that had so much depth and feeling. Watch sensitive and tasteful films like Peepli Live and Bhopal, a Cry for Rain. Go right to your own roots rather than mindlessly aping the West or any other culture where you do not have a deep understanding of its context. Live in an atmosphere where learning is central. Read the newspapers.

He likes to read inspirational books. He is a Professional Blogger, Entrepreneur and a power networker. By education he is a Computer Engineer and by profession he is an Online Marketer.
@niktalk
Previous Ruchi Singh Interview – Take 2 Book
Next Nandini Bajpai Interview – Starcursed Book