Chitra Banerjee Divakaruni has done PhD in literature. She is currently a writer and creative writing professor at the University of Houston.

Her work has been included in:

Her work has appeared in more than 100 magazines and anthologies. Her books are translated to 29 languages. Many of her novels are converted into plays and films. Arranged Marriage a book of short stories won an American Book Award, PEN Josephine Miles Award for fiction and the Bay Area Book Reviewers Award. Her book The Mistress of Spices was shortlisted for the Orange Prize and was on various Best Books lists, including the San Francisco Chronicle’s 100 Best Books of the 20th Century. She has won the light of India award, along with Salman Rushdie, and has been included in the Economic Times list of 20 most influential global Indian women. 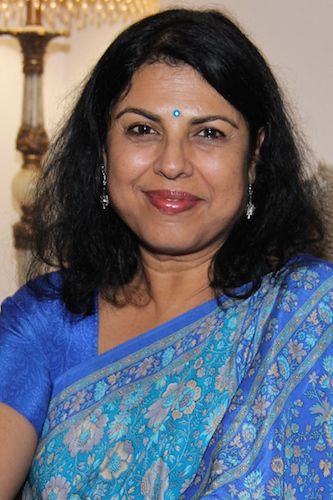 After I immigrated to the United States I felt a great desire to start writing about India. I wanted to examine what I appreciated most about India. I also wanted to write about American life for immigrants. Immigration was a powerful experience for me. It changed me, and the people I saw around me, in many ways. Books like Arranged Marriage, Mistress of Spices, One Amazing Thing and Queen of Dreams are all about immigrant life and the relationships of Indians, Indian Americans, and other Americans with India.

I love to be doing everything I could get my hands on. I particularly liked novels. I liked historical and mythical novels. This probably led me to write the Palace of Illusions, which is about the life of Draupadi in the Mahabharat. 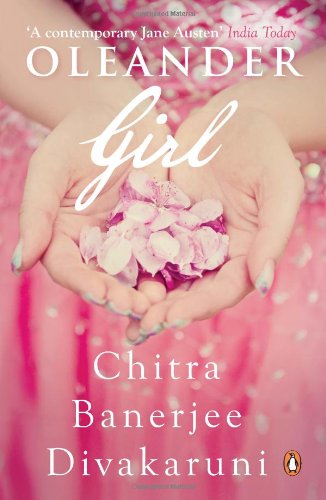 What motivated you to write the book “Oleander Girl”?

I wanted to explore, in this book, the ways in which India is changing very rapidly. Oleander Girl is set in Kolkata and is about the love between a young man from a very westernized family and a young woman from a very traditional one. I also wanted to explore the importance of religious tolerance and what happens when we don’t practice it.

Can you tell us more about your latest book “Oleander Girl”?

In Oleander girl, Korobi, the main heroine, is about to get married to Rajat, the heir of a rich modern family in Kolkata. But on the brink of marriage, she will discover a family secret which will shake up her sense of self, cause her to put off her wedding, and impel her on a journey to America that will ultimately transform her in ways she cannot imagine. Meanwhile, in India, Rajat will have his own problems as Hindu –Muslim fights break out in the family’s factory. Will Korobi be returned from America to marry Rajat? Or will she gave in to the many temptations of America? These questions form the story of Oleander Girl.

Fiction to me has always been more interesting than nonfiction because it allows the writer to use her imagination as much as she wishes. That is why I always write fiction – and sometimes poetry, in which I also use fictional techniques.

Who are your favourite authors? I have many. I particularly like multicultural voices such as Sandra Cisneros, Amy Tan, Maxine Hong Kingston, and Margaret Atwood. I have learned a lot from women writers, as you can see. I also read a lot of Indian writers: Amitav Ghosh, Anita Desai and Aravind Adiga, among them.

I try to write about three hours every week day. I write more if I have time and energy. I like writing late at night when everyone in the family has gone to sleep.

My advice would be to read widely. Read as much as you can. You need to read different kinds of authors. Their books will teach you technique and vocabulary, among other things. I always tell my students to write regularly and revise carefully. Join a writers group or take a class if it is available. There are many online classes now which are very good, so do some research.

He likes to read inspirational books. He is a Professional Blogger, Entrepreneur and a power networker. By education he is a Computer Engineer and by profession he is an Online Marketer.
@niktalk
Previous Souvik Bhadra and Pingal Khan Interview – Red-Handed Book
Next Aditya Nighot Interview – U n Me…It’s Complicated!!! Book