Sheeja Jose completed her academics in Psychology. She is Author and Publisher at Whitewall Publishers. 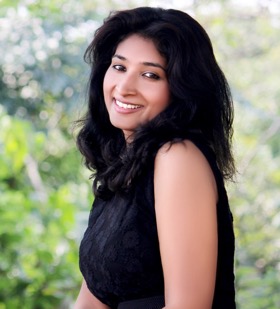 Back in Kerala, I grew up in a joint family. When I was just 6-7 years old I made a parody song about my youngest aunt at home. She, unfortunately, did not take it too well. There was screaming, crying and even accusations of my poor mother teaching me that song. My grandma took it a little too seriously and started to question and threaten me with the consequences of my aunt complaining to my father. The whole day passed like a war zone. When my father got home that night I was dreading dinner together.

My grandma took the opportunity to narrate how out of control I was. My aunt wept and explained how I was singing in front of the house helpers and how they were laughing at her. My father was curious about the song and he asked me to sing. I nervously sang well aware that this was just the calm before the storm. After I finished the song my father just said, ‘what’s wrong with it….it’s a song…’ The court marital got over without any punishment or further discussions. However none in my family believed it was my creation, including my mother.

She kept questioning me about it and that was my first brush as a writer. And the first recognition, my very first criticism and my first award. Since then I used to write in school, stories for radio and some articles in magazines back in Kerala. My cousin sister would urge me to write stories and poems about her crush on this particularly cute boy in her college. Nobody in my family writes… so I assumed it’s just happened and I continued doing it as I enjoyed it.

My sister used to call me ‘Madhavi kutty’- (famous Kerala writer Kamala Das). They had no idea I would have take this seriously in future. Neither had I had slightest idea then except the extra mileage I managed at family gatherings.

When I was a kid I did not have time to read, I was too busy playing. We went to school, came back, had food and then went out to play with friends till late in the evening. Then we went to the river, swimming and playing in the water until we got hungry and turned in. I would eat my dinner, be a part of family conversation and then get to bed. This was the routine of my childhood days. Technically, we were encouraged to play and climb trees rather than sit at home and read. So I haven’t read any comics except the magazines and news papers at home which were meant for the older lot.

The motivation to start write.

The dedication to continue writing

To have the optimism to have the books on the racks.

My first book, Goodbye Girl needed profuse research. I met many sex racketeers, handlers, sex workers, etc. Goodbye Girl had the layer of horrifying sex rackets working in the society which are not much talked about. It was tough to penetrate. I had to use fake names, fake identities and I would inform my friends about where I am going and ask them to keep regular checks on me. This research helped me in Goodbye Girl as well as the film script I was working on at that point of time. 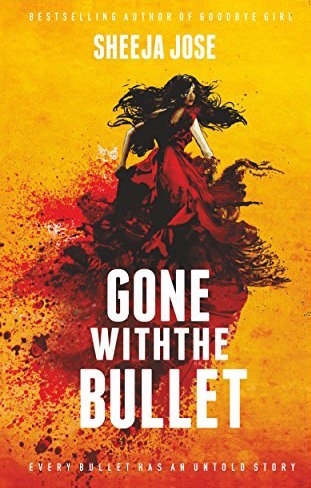 What motivated you to write the book “Gone with the Bullet”?

Goodbye Girl happened accidently. Being an author or publisher was never in my head. I came to Mumbai for “studies”, but honestly, I wanted to be a Film Director. As everybody knows it’s not easy to make movies and it takes years to fulfil one’s dream. I left my highly paid Creative Director Job to pursue my Direction urge but got stuck one or another way. I loved writing, so I continued writing Goodbye Girl through these difficulties. The encouraging success I received after the first book helped me to write Gone with the Bullet. This time I wanted to explore an unusual tale of revenge in a way where readers could also be a part of the story progression. I wanted them to use their imagination taking the cue from me. I knew this book would be a risky one. But, that’s what I wanted to do, take the chance.

Can you tell us more about your latest book “Gone with the Bullet”?

Gone with the Bullet is an eventful journey of a middle aged, professional shooter with his last multimillion dollar assignment. He then falls in love with the teenage daughter of the man whom he has just brutally killed. He has an unknown past…his present changes history…his future is in her hands… a girl who arrived in his life out of nowhere has the ability to change him and his fate forever. Their secrets will throw them into a whirlpool of illusions which will test the absurdity of their reality. It is their run against time to kill and stay alive. Their amazing journey brings about an unusual tale of love, romance, trust, deceit and murder. Will it break them or bring back them together? It’s just the beginning, because every bullet has an untold story and every story has an untold side.

How did you come up with the idea of writing crime thriller genre book?

I love the crime genre because it needs imagination of a higher level. In romance and drama, we usually see elements of something autobiographical. In crime thrillers we have to give the readers something new to ensure the readers are hooked. And I love to explore the psyche of criminals trying to understand what make them tick. This journey is more interesting for me than exploring fairly normal storylines. I don’t prefer to dilute the crime or violence just because I worry about the readers reaction. Sometimes violence is brutal. If you touch that, then give them exactly what it is, not the tip of iceberg.

Hussain Zaidi is definitely my favourite writer from India. I love the way he writes non-fiction in a fiction way. Nothing sounds more real and honest when I read his books. His chapters give me an insight of extra ordinary research he has done to get perfection in every word he writes and every incident he narrates. Ayan Rand is one author who amazes me and makes me jealous. Sidney Sheldon is the first English author I have ever read. If tomorrow comes helped me to learn English in my early days of language learning in Mumbai. His strong girl protagonist must have influenced me unconsciously later when I started writing.

I write till my hands hurt, my neck becomes stiff and my stomach is insanely hungry. I worked every single day for a year and half to get both books out in a year as an author. I had no Sundays, no bank holidays, no Christmas, no diwalis and no new years. If I wanted a book in two years I could have taken it easy but I was determined. And I was a publisher too, that too after taking back my manuscript from the top publishing house saying, “sorry, I don’t want to change even a single line.” So it just multiplied my work. I have some great friends like Sridhar Raghavan, Arijit Biswas, Merlyn Joseph, Navneet Choujar and Ketan Sedani who helped me pull through in the later stage of publishing.

Just write. Don’t worry about your language. Luckily we are living in a time where stories are more important than the language we use to describe it. India is welcoming the movement of Indian authors which wasn’t a trend some years back. I personally believe Chetan Bhagat contributed and opened a new place for anyone who aspiring to be writer. So use it, write it and go ahead. Don’t worry about the success or failure of the books. Most of the famous books have been rejected by publishers or seen failure through their journey. So be optimistic and enjoy writing.

He likes to read inspirational books. He is a Professional Blogger, Entrepreneur and a power networker. By education he is a Computer Engineer and by profession he is an Online Marketer.
@niktalk
Previous Mukund Verma Interview – All I need is You Book
Next Sarang Kawade Interview – Void Book