Home / Interviews / Roma Dutia Interview – 7 To The Other Side Book

Roma Dutia Interview – 7 To The Other Side Book

Roma Dutia completed her Masters in Public Relations from the University of Mumbai in 2015 with the best thesis of the year. She had completed Bachelors of Mass Media with a distinction in the specialization of Advertising in 2013. She is currently completely devoting her time to her dream of becoming a successful author.

She has been a successful professional Table Tennis player with a career best of being India No. 2, Maharashtra No. 1 thrice, and Mumbai No. 1, 8 times. She also achieved literary awards in school for various debates, extempore, story telling. Let us know more about her writing. 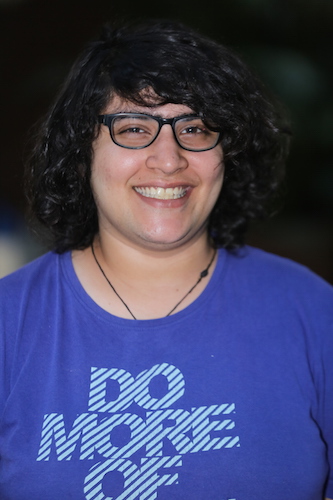 The inspiration to write began very early as I wrote stories and poems even when I was in school but never really thought of it as a career option. Honestly, I wasn’t even sure if they were any good, I’d been told they were by my teachers and friends but I never believed them. Story telling has always been an art that has intrigued me the most, how everything was possible in the story and what fascinated me the most was the fact that the way people say, “Be the author of your own story” which they hope to achieve in their own lives. But through this, I could truly be the author of my own story. Coming back to what inspired me to write this book is my friend, Aditi, she’s read my old work and she saw that I’ve always had this hankering to write, so one day she just told me to go for it. And I did, and luckily for me, it turned out to be 7 To The Other Side.

My obsession with reading started with the Enid Blyton books, all the way from the most famous Famous Five and Secret Seven to the Adventure stories. They had me hooked, the number of times I’ve been caught during my classes with a book under my text book is too high for my teachers liking. And this is as early as the 3rd and 4th grade. Then came the Roald Dahl books, I’ve read all there were available in my school library, and let me just say that Jamnabai Narsee School had a huge library. But my all time favorite, one which is still something I live by is the Harry Potter series. I could never put into words what the series means to me and how it has changed my life.

I think the greatest challenge in writing a book is finishing it. Not because you don’t have the story all sorted out or don’t know what will come next, but there are some days which I personally have just sat in front of the laptop and literally not even written a word. You just end up sometimes sitting for days with everything in your head, but it doesn’t seem right on paper. This for a first time author can be really nerve wracking, specially for me, because I decided to dedicate all my time for this book. On days like these, you sometimes doubt if this is it. But then once you start writing, there’s no stopping you.

7 To The Other Side is based on the scientific fact that humans have 7 minutes of brain activity after they are declared dead. But there is not enough evidence as to what exactly happens in those 7 minutes, this is where I got this idea from, so I assume that we use this time to just reflect on our life. In a way, ‘relive” our life till that very moment. Apart from verifying that humans in fact do have seven minutes of brain activity. There was literally no other research involved. 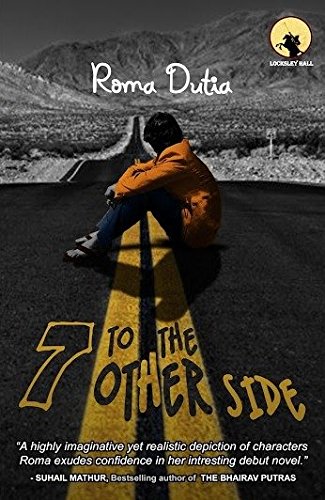 What motivated you to write the book “7 TO THE OTHER SIDE”?

I read this phenomenon of the brain activity on Twitter, yes, literally Twitter and then I went on to reading more about it. It caught me completely off guard and I couldn’t help but think about this, I tried to pin point my own time and what it would be like if I had to relive my life in 7 minutes as of that time. Story telling has always been an art I have been most intrigued with and this was the perfect opportunity to start, with this concept it could be anything, I had complete freedom.

Can you tell us more about your latest book “7 TO THE OTHER SIDE”?

7 To The Other Side though revolves around a theme which might make people think it’s about death and that it’s morbid but on the contrary, it’s about celebrating life. More often than less we think we can point out exactly what the most important things in life are but we usually think only of the monumental stuff, the milestones. Joshua White, the protagonist is pleasantly surprised as he remembers his relationships and the way that made him feel. Some moments are as simple as just sitting across a friend and simply being there when words aren’t enough. It’s a story about family, hopes, dreams, love and most importantly friendship.

Since I am obsessed with the Harry Potter series, my most favorite would definitely be J.K. Rowling. I thoroughly enjoy the works of F.Scott Fitzgerald, Sidney Sheldon, Agatha Christie, Danielle Steele, Paulo Coelho in no particular order of course. I don’t have a favorite genre though, I love anything I get my hands on. But Harry Potter will always be my go-to, that’s like hot chocolate on a cold day.

7 To The Other Side took me almost 6 months to sit, but if I count the number of hours that I actually did write, this number would reduce considerably. My process of writing is exactly like that, if I write I could go on for hours and if I don’t, I sit for days. I don’t think I have reached that stage yet where I can write at will and decide when I want to sit and start writing.

Just go for it, start writing!! I’ve spoken to so many of my friends and they asked me how I figured the whole publishing process because it apparently is so tough and much work. But I think that’s the latter part, I don’t think anyone who wants to write should start thinking about that before they have something to show. Because that can really block you as a writer if you keep thinking at every step that it may not even reach an audience, the reason I write is because I have a story to tell not. If I thought about what came next I wouldn’t have anything in the first place, so just go for it. It’ll work out. But I have to add that this couldn’t be possible without a great agent, I cannot thank Mr. Suhail Mathur and the entire team at Book Bakers enough for giving me this opportunity that I can now talk about 7 To The Other Side.

He likes to read inspirational books. He is a Professional Blogger, Entrepreneur and a power networker. By education he is a Computer Engineer and by profession he is an Online Marketer.
@niktalk
Previous Anuja Chandramouli Interview – Yama’s Lieutenant Book
Next Sfurti Sahare Interview – Think and Win like Dhoni Book