Rashmi Kumar studied English Literature from Jesus & Mary College, Delhi University. She was awarded gold medal for highest rank in writing and reporting at Bhartiya Vidya Bhawan. Long-listed for the prestigious Vodafone-Crossword Book Award 2011 for her debut book Stilettos in the Newsroom. She has also won Young Achievers Award by Government of Maharashtra in recognition of establishing herself as an English language writer from Maharashtrian background. Let us know more about her and her writing in her own words:

Currently a full-time mother to my two-year-old son, I am enjoying every bit of this phase of my life where I see my little boy grow up right under my nose, right under my care. I thank God for motherhood despite its many challenges. 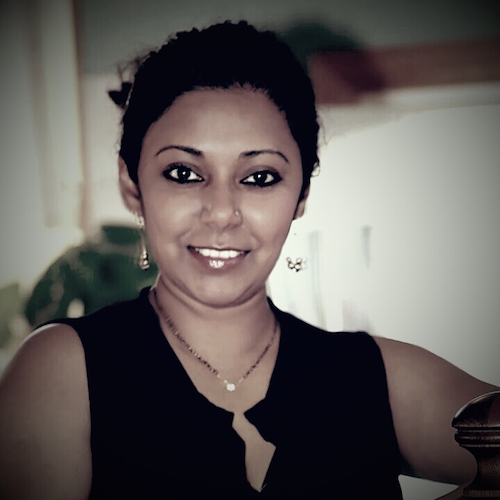 Personally: I am in a period of transition, I think I have changed a lot after becoming a mother and a wife. In fact, I am changing every moment. So right now there are two Rashmis ahead of me–the girl that was and the girl–that is. Essentially wild and free spirited, there was a time when I travelled to any place I set my mind on. But today, I find joys in my blooming back yard doing amateur gardening with my two-year-old son. I was also a very sensitive person but over a period of time, I have learnt to deal with that side of me. I don’t react quickly these days and am definitely less emotional and have used my sensitivity to understand others better and not just focus on myself. I think, I have also become someone who finds happiness in little things as opposed to my previous self for whom late night parties and lots of adulation was the only way forward. Not, that I didn’t enjoy that life… I still miss it but, I am more grounded about what I desire now.

Professionally: Before moving to Canada three years ago I was a journalist and worked with many established newspapers and magazines in India. My last job was with Deccan Herald as Features Editor. Other than journalism I also dabbled as a part-time Radio Jockey with 102.6 Rainbow FM and worked as a voice over artist for several ad films. And other than partying very hard over the weekends, I devoted my Saturdays as a volunteer with an NGO for the mentally distressed and suicidal. 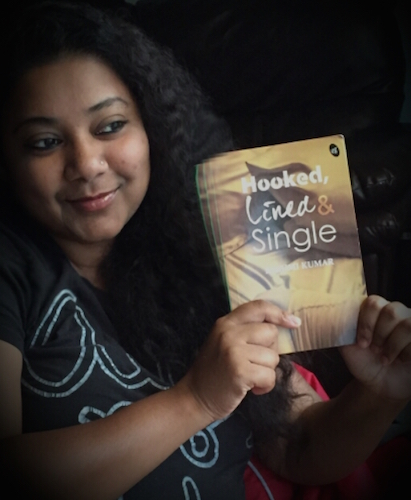 As clichéd as it may sound, writing came to me genetically. Both my parents are media persons and prolific Marathi language writers. So I am not surprised writing got passed on to me through the “write” genes.

As for my personal journey about writing–it was due to the encouragement of a friend in 2002 that I first lifted my pen to write–professionally. But writers those days were considered Gods. They belonged to the intelligentsia and not to the common man. I was definitely no where close to being “intellectual,” or “philosophical” but my friend instilled in me day after day that I could write too. And thus I wrote my first literary piece which I can call a novel but it lies somewhere buried in my closet because I could never muster the courage to give it for publication. The writing was amateur, full of flaws and above everything–hand-written! But at least that gave me confidence that I could write and years later I wrote my first commercially successful book–Stilettos in the Newsroom.

So yes, there was no real inspiration, just an intuition that I could do it too!

Well, writing really is a lot about discipline, commitment and hard work. Unfortunately you cannot finish writing a book in one go and the writer needs to keep pushing till the last word of the book. It’s not easy meeting these challenges especially if you’re a mother to a two-year-old!

Since my genre has been fiction, any sort of research work is not exactly necessitated. Unless of course, you’re mentioning places, people or some historical facts which may have changed over the course of years. You know that the basis of any fiction is fact! 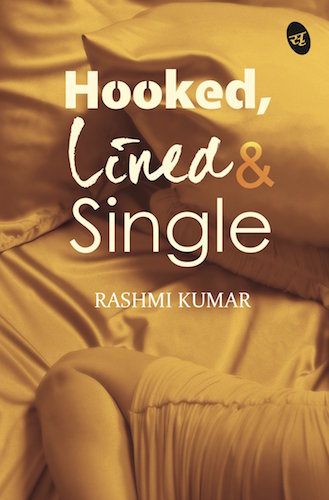 What motivated you to write the book “Hooked, Lined & Single?

Hooked, Lined & Single draws its inspiration from some of my personal experiences and some from what I have observed within our society. When you get at a certain age, the pressure of marriage increases–societally, physically, mentally and may I say, even spiritually at times. For me, the pressure was more internal. It was external to some extent–not because people around me forced me to get married, but because you live in a society where there is not a single dull moment. And your sense of loneliness heightens during festivals, weddings and other occasions. And honestly, I was no aberration to this.

When I set out to find myself a man to marry I came across such funny and sad incidents that they had to be shared! Of course, many anecdotes of Alafia meeting various prospective grooms have been spiced up but HLS really is a story of many Indian women and especially those who went through the pain staking process of finding Mr Right–which again, is a myth, of course!

Can you tell us more about your latest book “Hooked, Lined & Single”?

HLS is the story of a woman who’s 30-something and living in India. Protagonist Alafia Singh doesn’t have it easy she sets out on her journey to find a husband using somewhat more traditional methods. Alafia goes through a gamut of emotions that come hitting at her time and again to make her realise that you she’s single and it’s no good, or that she was once married and has been utterly incapable of finding a partner again since the last ten years.

I try to build the story through my personal anecdotes where I find myself going on rapid-fire dating rounds and meeting suitors whose demands vary anywhere from getting my hair straightened to speaking slow English! New India is also where instead of a marriage arranged by aunties, you can hop on to the online matrimonial bandwagon and pick and choose your suitor all at the click of a finger. But in the midst of this conventional setup where marriage really does become a big deal, I also find myself among a generation that enjoys bar-hopping not to mention bed-hopping and dating. And it is these very Indians for whom, there’s no way to escape thinking about marriage, eventually.

Gabriel Garcia Marquez, Khaled Hosseini and Yann Martel, among others. 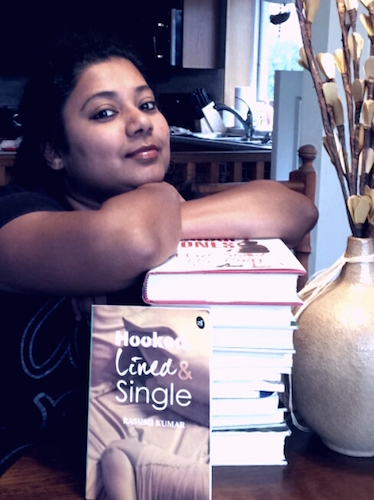 Honestly, currently I am on a writing sabbatical but that period is going to end soon and then it will be writing, writing and more writing. There’s no fixed time when I write, but when I do get inspired to write, I do it like someone possessed. Unless you’ve that drive, you can’t do justice.

There really isn’t a particular spot that acts like my “creative hiding place,” (thanks to a two-year-old!) but I would certainly like to retreat in a natural surrounding with just the nature and me for my future writings. Like for HLS, I went on a break to Jim Corbett for many months just to finish the book.

My strongest and the only message from my heart is: If you want something real bad, it’s easy to chase it, pursue it and run after it! That’s where we go wrong. There is a reason why sometimes something doesn’t work out for you just when you want it so bad. That moment it is important we leave things to destiny or God. Because when we try to change the course of our life to get what we want, it may not be the best thing for us or may not be the best thing for us at that time. For instance, in HLS Alafia so desperately wanted to get married but as life would have it, she kept bumping into all the wrong men, all the time. But, the moment she decided to let go, she found someone (Ethan) who truly cared for her but she still decided to let it go because she finally realised that it’s important she left the decision to life and God. If Ethan was truly meant for her, he would be hers any way. Even if she decided to leave the chemistry between them in a limbo.

He likes to read inspirational books. He is a Professional Blogger, Entrepreneur and a power networker. By education he is a Computer Engineer and by profession he is an Online Marketer.
@niktalk
Previous Renita D’Silva Interview – A Sister’s Promise Book
Next Amrita Mukherjee Interview – Exit Interview Book