Rajeev Pundir completed his graduation (GAMS) from MN Ayurvedic College Asthal Bohar MD University Rohtak (1980) and post-graduation MD (Shalya Chikitsa) from IPGT&R Gujarat Ayurved University (1984). He is a Consultant Ayurvedic Specialist running his own clinic at Lajpat Nagar New Delhi. He stood First in GAMS and in MD in his batch. Let us know more about his writing. 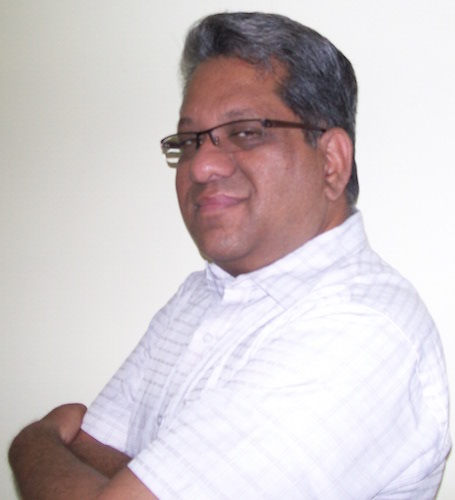 Right from my childhood, I had been a keen observer of the happenings around me. One of my teachers at school level would entertain the class with the narration of one story every week and later at home I used to write the same story as narrated by him in a copy. Perhaps that was the first attempt in the direction of writing. When I grew up, say during my college days, I started writing my experiences, drawn from my own crush, into a diary. Soon I had a collection of poems dedicated to my love. At a later stage, my interaction with my patients moved me to write their pains and sufferings and to open my heart in the form of stories and novels.

Hmm, during my early childhood, I was very much fascinated by stories and like every child; I too was crazy for story-books like Champak, Paraag and Nandan. When I grew up, these books were replaced by Saarika, the only fortnight magazine coming with wonderful stories not only from Indian writers but comprising the translated works of foreign writers as well. I was introduced to Chekhov’s stories by Saarika and got almost hooked by his charismatic style. I became a fan of Amrita Pritam, Shivani, Premchand, Ismat Chugtai, Manto and Gulshan Nanda and would read their works on regular basis. To be frank, I had never been a big reader of English novels baring a few like Robin Cook’s sci-fi Puzo Mario’s Godfather. Of late, I read some works by RK Narayan like Guide and Financial Expert. 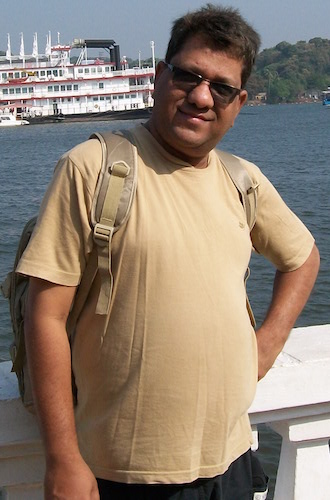 Well, the greatest challenge in writing a book is that it must have synchronization and perfect balance at all levels like theme, the plot, the narration, character building and to present a story which has a capacity to surprise, to stun, to catch the heart and mind and to force the reader to think, make them believe and be accepted by one and all.

Definitely, I try to apprise the readers with facts and figures even in fiction whenever needed—be it an archeological, political, social, medical, or engineering reference. Nowadays, it has become pretty easy through google to get the required information. My mantra is: Fiction and Fact should go hand-in-hand. 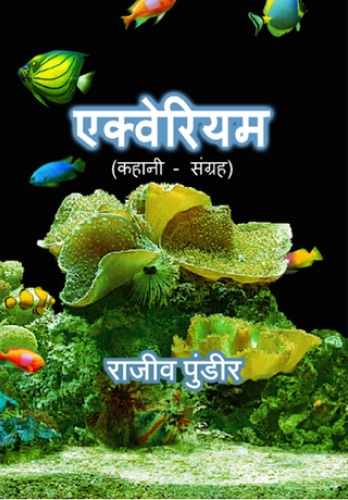 What motivated you to write the book “Aquarium”?

The life has always been a mystery to me, though I am a doctor. Life comes in various forms and colors to us; be it happiness, pain, suffering, love, hate, greed, jealousy and many more to mention. The paradoxical nature of life which presents a variety of conflicts before us is nothing but stories. Whenever I come across a compelling conflict, it motivates me to write a story. This is a collection of such short stories in Hindi like small and colorful fishes swimming in an aquarium, taken from the sea of life, hence titled–Aquarium. 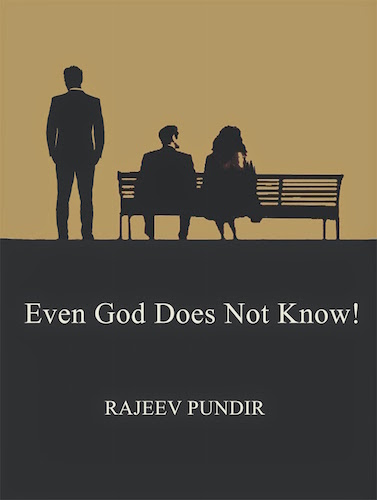 Can you tell us more about your latest book “Even God Doesn’t Know!”?

Life as a whole has never been easy. Perhaps, sometimes it becomes so much frustrating and challenging that even the well educated people find it difficult to cope up with and decide to end their lives. This novel explores the bright as well as the dark side of love and its repercussions in our daily life. Even God Doesn’t Know! is a triangular love story goes horribly wrong.

It’s very much likely to happen when two close-friends, Amar and Akbar fall for one girl, Rekha. Where Akbar and Rekha become romantically involved, Amar has to remain as spectator only bearing strong feelings of love for Rekha, one-sidedly.

One day Akbar stumbles upon Amar’s diary and finds his tender feelings for Rekha. He suggests Amar to go ahead, express his feelings before her and marry her if she agrees.

Although Amar succeeds in marrying with Rekha, yet he’s obsessed with her past love affair with Akbar and doubts her integrity. This stress leads him to meet with an accident, leaving him completely paralyzed forever.

An announcement of rupees forty-five lakhs as compensation by the court plays havoc. The greed of his parents to get hold of this money and his obsession with his wife Rekha’s infidelity transform him into a hate monger from a possessive husband and lover. He misbehaves, scolds and intimidates her with taunts time and again and doubts even the paternity of his son.

The story ends in tragedy with the death of Rekha, his son Akshay and his friend Akbar.

What happens when love is overwhelmed by hate, jealousy, greed and doubt, reveals the novel in the backdrop of premonitions.

How did you come up with the idea of writing anthology genre book(Aquarium)?

You see, as we’ve discussed earlier, the life is full of stories to be told. Some stories are so complex that they need to be told in the form of novels and film-scripts and plays. Since they’re limited to one story only, that’s why whenever we have a number of good, crispy, and interesting stories, it’s better to come up with an anthology. That way I try to express through the mediums of short stories, poems, novels, and film scripts; both in Hindi and English. ‘Aquarium’ the anthology is the product of that brainchild out of me.

Recently, I’ve started to read books from various authors like; Chetan Bhagat, Amish Tripathi, Ashwin Sanghi, Arvind Adiga, Arundhati Roy and Gaurav Sharma and found that all are good in their style and spaces. I’m yet to find an author I could say my favorite. Of course, the old ones like Shivani and Amrita Pritam are all time favorite authors for me.

It’s a bit tricky and embarrassing question for me. In the first place, I don’t find enough time to write daily. Sometimes not even for months. But whenever I find time, I try to write one scene in one sitting and not more than that. At that time I try to make that particular scene/narration/conversation nearly perfect to the best of my creative skill. That way you can say that I am a lazy writer.

Again a tough question! In fact, I don’t think of myself of that caliber to suggest words of wisdom to the young or aspiring authors. Still, I would like to say a few words for my fraternity as:

Excel your art of writing first by writing short stories. Then jump to novels.

Your fiction either should have a solid base of facts or you make it acceptable and believable to the readers, by hook or by crook.

Readers are not mind-readers. They need everything loud and clear. So express whatever you’ve in your mind and don’t leave for the readers to comprehend themselves. They prefer to put the book down than to stress their minds to understand.

He likes to read inspirational books. He is a Professional Blogger, Entrepreneur and a power networker. By education he is a Computer Engineer and by profession he is an Online Marketer.
@niktalk
Previous Uttam Kumar Interview – 1st Job And 10 Mistakes Book
Next Sahil Rajput Interview – Roll no 77 – A Half love