Pankaj completed hisB.E. in Computer Science from MVJ College of Engineering, Bangalore and completed M.S. in Software Systems from BITS Pilani. He is currently working as a Computer Programmer in the IT Cell of Energy & Power Department, Govt. of Sikkim. Let us know more about him and his writing. 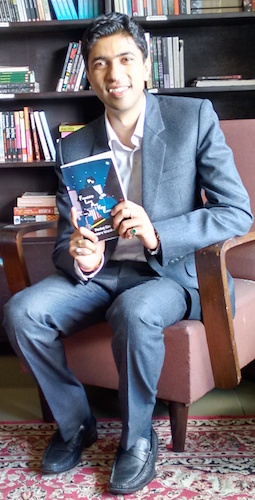 A few years back, out of nowhere, I started writing a blog on Fictional Cricket and also penned a few satire articles in popular cricket website. My co-author Apoorv Wanikar noticed my writing skills and encouraged me to write a book based on campus life. Although I was apprehensive initially, I fell in love with writing after I started writing FLAKE. Thus, my literary journey started in that vein. I really want to improve continually and come up with better titles in the future.

In my childhood, I used to read novels like Nancy Drew, Hardy Boys, etc. Later, the Harry Potter mania influenced me and I became a die-hard Potterhead.

Undeniably, writing a book is an enormous challenge. Deciding on the plot, characters, ending, narration style etc. is the initial hurdle. The subsequent challenge is to decide upon the richness and quality of the language to be employed – whether it should be simple or a tad heavy. If you write colloquially, you are virtually immediately branded as a Chetan Bhagat copycat, and if you write heavy, the language is criticized for being too flowery; you have to try to follow a middle-path. Maintaining balance between narration and dialogues is another challenge. Removing typo-errors and rectifying grammar errors is another tremendous task. Deciding on the title of the novel is the final, painstaking hurdle. However, the entire process is extremely satisfying and the innumerable challenges motivate you to work harder.

Although the basic plot of FLAKE was known beforehand (as it was loosely based on some of our unique experiences in college), I did do meticulous research before embarking on this project. I read a couple of actual campus-based novels, and several campus love stories (which focus on the love story from beginning to end). I wanted to understand whether our story was unique or not. Solely after I was relatively satisfied that our novel will be a unique addition to Indian literature did I decide to start penning FLAKE. 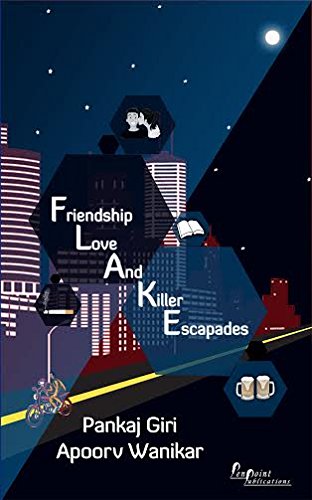 What motivated you to write the book “Friendship Love And Killer Escapades”?

As mentioned previously, my co-author inspired me to write a campus-oriented novel. Although campus love stories are prevalent in the market, actual “campus-novels” focusing on aspects like friendship, academic challenges, and adventures faced by students are still a novelty. “5 Point Someone” kick-started the genre but it died down somewhere over the years. We decided to rekindle the “campus-novel” genre by penning a new, unique, innovative novel containing very different yet relatable characters. Another thing which I noticed whilst perusing most Indian authored campus stories was the frequent usage of Shayaris, Hinglish, unending SMS conversations, and native slang. These entities, in my opinion, shouldn’t be in an English fiction novel; thus, FLAKE is devoid of such entities. We have tried our best to employ richer, mature language in FLAKE rather than juvenile language found in most debut works. It is a risky endeavour, but we wanted to do something different than the rest.

Can you tell us more about your latest book “Friendship Love And Killer Escapades”?

Friendship, Love and Killer Escapades (FLAKE) is a captivating story, primarily revolving around four protagonists pursuing engineering courses in a run-of-the-mill institute in Bangalore rather than based on an IIT/IIM (commonplace in the market over the years). Readers will be enlightened about the completely different perspective of the challenges encountered by students in such colleges. The story encompasses a unique, intriguing, realistic love plot between strapping Purvesh and vivacious Richa, infatuations, academic challenges and exclusive, thrilling adventures faced by students. It depicts a complicated friendship between self-effacing Prakash and mysterious Anand. All in all, we don’t promise extravagant things; we simply aim to deliver a few hours of light entertainment to our readers.

J.K.Rowling – for her splendid, marvellous imagination of the Harry Potter parallel universe

Anand Neelakantan – for the vein in which he converted historical villains to heroes and the way in which he describes ambience before a scene.

Amish Tripathi – for the captivating story of Lord Shiva narrated in a simple, relatable avatar. 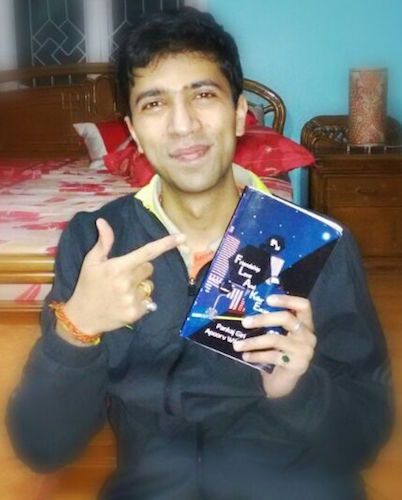 After I started writing FLAKE, some chemical locha happened, ;)! I fell in love with writing to such an extent that for 10-12 hours a day I was in front of the laptop. I would continue till my eyes started burning, and I was exhausted mentally for the day. The process continued till the first draft of the novel was done and dusted. However, even after that, in the editing phase, I would write for several hours per day in the process of enhancing the quality of the manuscript. Perhaps, when one gets passionate in a particular thing, one gets addicted to it.

Believe in yourself – that’s the mantra. Oodles of patience is required if you want to become an author. Right from initiating the process of writing, brainstorming on the plot, deciding on the ending, continuous, relentless editing, waiting for a response from publishers (who sometimes won’t even respond with a rejection mail – dreadfully frustrating), and waiting for the book to be published after signing the contract, it’s an exceedingly painstaking process. Don’t get dejected; take some gaps; watch some movies; listen to music; or even try meditating. Even after becoming a published author, you have to remain patient as marketing your book is not an easy task by any stretch of imagination. All the very best!

He likes to read inspirational books. He is a Professional Blogger, Entrepreneur and a power networker. By education he is a Computer Engineer and by profession he is an Online Marketer.
@niktalk
Previous Reetwika Banerjee Interview – Fantastic 40 Book
Next Deepak Kripal Interview – The Devil`s Gate: An Impossible Journey Book