Nikhil Chandwani is currently working as a Professor, English in K.L. University, Vijayawada. He completed his  Ph.D in English Poetry from WhiteLake, USA.

He has won various awards. These include Global Indian of the Year ( Global Indian forum) in 2014. U.K. Writers’ Honour. (Highest writers’ honour in U.K.). American Literary Honour (For Coded Conspiracy and documentary Escape from Kenya). He is also a TED speaker, youngest Indian Professor, youngest Indian Hindi film producer and travel director.  National Award in Kolkata, the highest recognition in poetry, Tamil Nadu State Award, and the U. K. Forum Award, given away by the Queen in London.

Nikhil’s documentaries on Kenya, West Africa and the Amazon have been massive commercial successes and the Kenya Escape Therapy documentary alone has won him more than 30 international awards. He is currently working on a Hollywood movie script and it is told that he would be producing a Bollywood movie as well. Nikhil has also written I Wrote Your Name in the Sky, And Yours, And Yours Too; and Unsung Words among other works.

Nature. I was a loner when I was a child. The presence of nature and the essence of god’s first creation gifted me this art called writing. Nature has been my inspiration for writing, direction and infact, life.

I was a different reader. I used to just try and find out the scripts associated with World Wrestling Federation (Now Entertainment). I knew it was a scripted show but everyweek I used to surf online and read story-lines, how exactly the script is taking it’s shape on TV sets.

Greatest challenge is holding on and not moving on from what you want out of your book. Money, fame should be the aim at latter stages. But first, sitting calmly and writing at one stretch for couple of weeks can shape up the book. But, people tend to get bored of there own writing and so, they move on from the story. Don’t do that. Hold on to it, try to keep the excitement high from the start right till the end.

I do human research. I took to my friends. Everyone is different and trying to gather insecurities of different friends help me in learning more about characters which I could possibly use in my books. 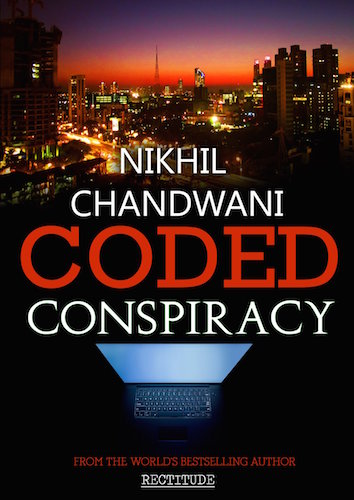 What motivated you to write the book “Coded Conspiracy”?

I had written two poetry books (One on life, nature and other on love) and a teen novel before Coded Conspiracy. I wanted to try my hands on crime thrill and so, I ended up writing Coded Conspiracy.

Can you tell us more about your latest book “Coded Conspiracy”?

Coded Conspiracy begins with two tech-savvy college students – Neil and Pankaj. These undergraduates from the Mumbai University are used to playing pranks on people, especially on their lecturers. Neil is in love with a Punjabi girl called Megha and this invites more twists and turns in the lives of all the three. Meanwhile, their way of tricking people goes to a whole new level and they even go beyond their own university campus. Of the two boys, Neil has more desire to show off his skills and he does not stop himself from playing more pranks as he is boosted by a series of successful tricks. But then comes a time when the boys are hell-bent on revealing a huge scam. And just when they are about to disclose it to the whole world, they are targeted by R. A. W. for hacking. Pankaj gets caught and Neil runs away with Megha and tries to get them all out of the nasty trap

This idea was a planned approach. I wanted to create a new market of books which has a pacy storyline using technological research on hacking and cracking. Research period was funny yet a lot of my efforts were put up while shaping up this book. In the end, it turned out to be an acclaimed novel and I am satisfied. That is what matters the most I guess. 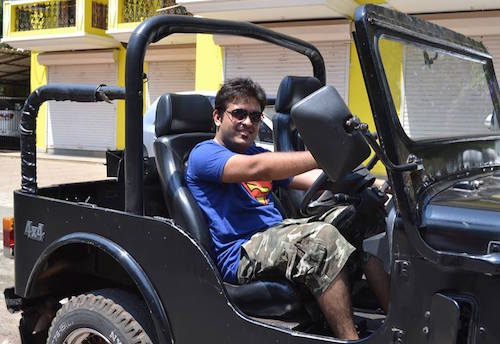 Nature, no one else.

Not daily, but yes. I keep up writing everytime I feel lonely, bored or institutionalised. I need change and going on a drive closer to nature and writing helps me.

Writers, before writing. Leave your city. Go visit a virgin place untouched by humans. You will find some mesmerising stories there. Lack of such virgin places has made all of us commercial writers, but let’s not forget. We are here to inspire and entertain. So, let us use god’s favourite creation as our inspiration, as our storyteller.

He likes to read inspirational books. He is a Professional Blogger, Entrepreneur and a power networker. By education he is a Computer Engineer and by profession he is an Online Marketer.
@niktalk
Previous Chetan Jaiman Interview – Meet The Strings Book
Next Roopa Menon Interview – Pyar Aur Poetry Book