Jagmohan Bhanver completed English Hons (University topper). He also completed MBA in Marketing & Finance. He is a Certified Executive Coach and Behavioral scientist. He is currently working as Chief Mentor for PeopleFirst (India & Middle East). He is also CEO for The Next Milestone Technologies. 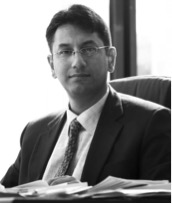 It was natural if you ask me. I started writing professionally when I was about eleven. In those days, I used to write for the Delhi edition of the Times of India, as well as for a magazine called Target, among other publications. My first pieces of poetry were penned by the time I had turned twelve and writing stories was something that came naturally. So, while I may have occasionally flunked a subject or two in school, Writing (and English) was something that always came out tops.

My first book (Get Happy Now) was actually penned down before I turned 18. It was meant to be a personal diary of sorts. I was fortunate that one of the biggest publishers in India picked it up after going through it. The book became an instant best seller and I was compelled to travel and do road shows all over the country. The book made a lot of people happy and changed several people’s lives. And it hit me then! I was truly alive when I was interacting with people and making a difference to their lives in my own little way. That’s when I left my banking career and started PeopleFirst in India.

Oh I was very fond of classics. I started with the English and American authors, among whom my favorites were Charles Dickens, RD Blackmore, The Bronte sisters Hemingway, Shaw, Mark Twain and George Eliot. Later, I moved to Russian literature and really admired the works of Tolstoy and Fyodor Dostoevsky among others. By the time I passed out of high school, I had completed the official syllabi of what was then taught for M.Phil courses. Reading was always a pleasure; and something that hasn’t changed even now. I normally read a book a day, or if things are really crunched, then at least a couple of books a week.

Most people will tell you it is to have a story or an idea; some will say it’s the characterization and plot and so on.

I think the biggest challenge is to be true to yourself. If you are going to write for others, you will seldom come up with an honest story and people will recognize it. Write for yourself and you will mostly do well.

Depends! When I was writing Nadella – the changing face of Microsoft, it took a team of three people working for a month to get me all the information I needed. For Pichai – the future of Google, I took three months with a team helping me out. For Get Happy Now, there was no research; that book is life experiences and philosophy that does not require research. It requires having lived your life and introspection..

However, my Krishna Trilogy series has taken me the past 9 years to research. The first book in the trilogy – The Curse of Brahma – itself took more than six years of research. 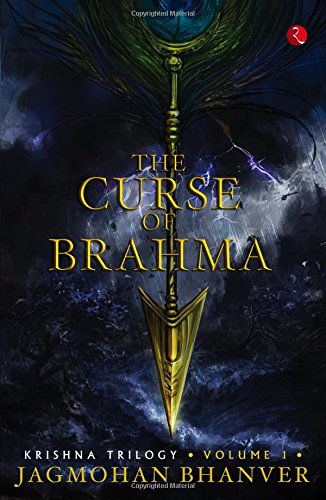 What motivated you to write the book “The Curse of Brahma”?

The story of Krishna was always fascinating for me; even when I was growing up. The more I heard or read about it, or saw (BR Chopra’s Mahabharata), I realized that the story of Krishna as we were told about it, doesn’t quite stack up. There was something missing. And there were a lot of questions unanswered. So for instance, why would you need someone with Krishna’s immense powers to be born simply to destroy Kansa? Or why did Krishna side against the Kauravas, even though they were not entirely wrong and the Pandavas were not always right? What if there were a power so strong that Krishna had to be born on Earth to fight it? What was Krishna doing between the time that he killed Kansa and came on the scene just before the Mahabharata? What if…the unlimited ‘what if’ questions never ceased to bother me. And as I grew older I decided to research the story behind Krishna, and perhaps retell it someday in my own way. When I left banking in 2004, I started my research. It took me almost nine years to complete my study, but by 2013 I was ready with most of the information and facts I had painfully collected over almost a decade. I started writing the story and by end of 2014 it was completed and sent to Rupa Publications, who immediately picked it up and signed the contract with me.

Can you tell us more about your latest book “The Curse of Brahma”?

The Curse of Brahma is the first volume in the Krishna Trilogy. This is perhaps the first series in the world that deals with the story of Krishna. Till now, every story that talks about Krishna either shows him as the beloved of the Gopis or introduces him as a fringe character in Mahabharata; someone who is important to the story but not the key character.

The Krishna trilogy changes all of this. This is the story of Krishna. The prequel (The Curse of Brahma) deals with the events that compel Krishna to be born. Not the story we have heard since childhood, but a tale so terrifying that historians were compelled to somewhat change the story. The second volume (The Rise of the Yadavas) introduces Krishna the mortal warrior who has his own fears and anxieties, yet rises above them to fulfill his karma. It covers events in the life of Krishna that have not been written or spoken about earlier. The third volume (The Drums of Kurukshetra) retells the Mahabharata. But this is not just the Great War of Kurukshetra. This also narrates the story of the other Great War that was happening at the same time at Dwaraka. This volume brings an end to the Krishna Trilogy and the third book provides an entirely unpredictable ending.

How did you come up with the idea of writing mythological fiction genre book?

As I said earlier, I grew up in UP in North India where Krishna is revered in almost every household. My fascination with Lord Krishna grew with age and I decided to write about aspects of his life that were unknown to people; even to those who have been great devotees of him. Also, I believe that we are able to pass on our heritage to our children and grandchildren through the telling and retelling of stories. And the story of Krishna is one of those that is a heady mix of history and mythology.

As time progressed, I realized I had so much material that it was impossible to weave it into one book. And that’s how the idea of a trilogy came up.

A lot of them actually! But the ones I love the most are Charles Dickens, Thomas Hardy, Charlotte Bronte, Dostoevsky, Ruskin Bond and Prem Chand.

I don’t dedicate time to writing. I believe this is a pursuit that grabs you and possesses you when you are in a fit of creativity; not the other way around. There are times I start writing at midnight and continue writing till noon the next day, without sleep or food. And then there are days when I do not write at all for a week.

Let me start by saying that it may not be a good idea to necessarily follow my wisdom or anyone else’s for that matter. Everyone is unique and should follow their own path.

However, if I were to mention a few things, here is what they would be:

He likes to read inspirational books. He is a Professional Blogger, Entrepreneur and a power networker. By education he is a Computer Engineer and by profession he is an Online Marketer.
@niktalk
Previous Bilol Bose Interview – The Palace of a Thousand Rainbows Book
Next Shubham Pandey Interview – The Book of James Carrom Book