Engineers do have a knack of writing and they do it for passion. Gunjesh is an engineer and working in BSES Rajdhani Power Ltd. (Joint venture of Reliance Infra Ltd and govt. of NCT Delhi). He has completed B. Tech in Electrical engineering. He has done his intermediate from Patna Science College and schooling in Bihar. He was the District topper in tenth CBSE board. He has won Debate and Online literature contests. 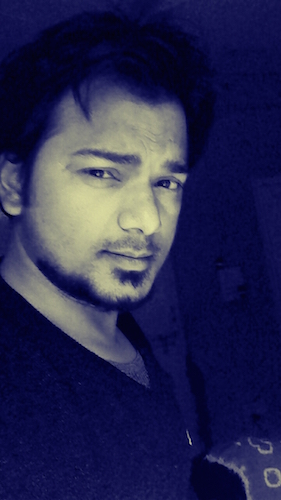 So I used to get a lot of time wandering around and observing the world. Only then I started jotting down the things. Initially I wrote blogs about my friends and that became popular among my peers and later on they became addicted to it and started discussing it in the college. Soon they began forcing me to write a novel. I wrote four.

What did you liked to read when you were a boy?

I didn’t read even a single novel when I was a kid.

It was always a herculean task to control the flow of my thoughts. As soon as I start writing the pen keeps moving with the flow of my imaginations. And that’s a very painful situation when I have to put brake on my imaginations as you know a writer needs to start and end a particular story within some fixed parameters.

I write about the facts which are well known to us. They depend on our common understanding and observations of daily lives so No deep research work as such is required. 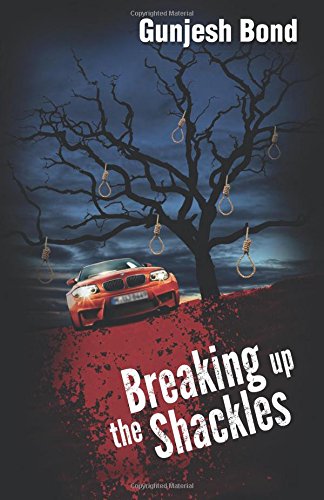 What motivated you to write the book “Breaking Up the Shackles”?

That’s the question I always wonder about. I still don’t have any answer; why I wrote breaking up the shackles.

Can you tell us more about your latest book “Breaking Up the Shackles”?

Breaking up the shackles is a suspense thriller. Four friends are on a night out to celebrate the arrival of a brand new car that one of them gets as a gift from his father. In the midnight they stop their car near the only roadside smoke shop on the entire highway. Two of them get off to buy some wine and weed. They return to find one of their friends lying unconscious in a pool of blood. The fourth one is missing from the car.

Where did he miraculously vanish just within ten minutes in the darkness of the city’s outskirts?  Did he hit his friend and run away or was there something else other than these boys and the shopkeeper?

I’m not a professional writer. I don’t consider it as my work. It’s a kind of passion for me, it’s something which I enjoy doing and somehow it’s an effortless action. All I need is a pen, some papers and a mind with a flood of imagination and thought process.

1.5 to 2 hours in the early morning and it often depends on my mood and the rush of thoughts in my mind.

Firstly go with the flow. Before writing, don’t create a Frame work in your mind, let your imagination fly and find its own destination. We should never tie or chain our thoughts. Be original, copying someone will only hurt the writer inside you, you might be successful but then you won’t be contended. Satisfying the Soul of a writer with food of original thoughts is most important.

He likes to read inspirational books. He is a Professional Blogger, Entrepreneur and a power networker. By education he is a Computer Engineer and by profession he is an Online Marketer.
@niktalk
Previous Dr. Ajay Yadav Interview – From Where I See Book
Next Priyanka Naik Interview – Twists of Fate Book