Anup Rijhwani completed his MBA (Finance) from VESIMSR, Mumbai University. He is currently Product manager at MCX (Multi Commodity exchange of India Ltd) based in Mumbai. Let us know about his writing. 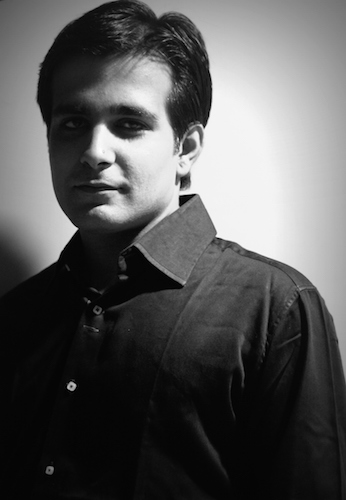 I have been reading since I was in school and it has almost been a decade since I have been following a lot of American/UK originated series and Hollywood movies. Thus, I have always been interested in stories and fiction from the beginning. It was always my dream to be a part of this industry.

While I was reading “Keep off the grass” by Karan Bajaj, I got inspired to write my own book and I started building the theme for my book, characters, etc.

I started writing on my phone initially; soon enough the content got bigger and deeper and before I knew it I was swimming in deep waters.

I was introduced to reading by my sister when I was in school. The first book I read was a Nancy Drew novel. Those days I mostly read Nancy Drew and Hardy Boys novels. In the later years of school, I slowly moved on the Jeffrey Archer and Sidney Sheldon novels.

I still remember the day I read ‘Not a Penny more, not a Penny less’ which opened my eyes to a whole new world of fiction.

According to me, the greatest challenge in writing a book is to gather the courage and self belief to accomplish such a task and making an attempt to begin the journey.

If you can believe in yourself and begin writing, it is not difficult to overcome the rest of the challenges.

In case of Murder Most Right, research was required for the scenes inside the Yerwada prison. So I referred to a lot of news articles containing stories of Yerwada jail.

I am working on my second novel, ‘Yatra’ which is basically, a story of a group of youngsters completing a bucket list to do before you get married. The characters are primarily from Southern states and rural part of Northern India. Thus, I am doing a lot of research through one on one interaction with them, on their lifestyle, family values, philosophies, etc.

I believe, talking to the people familiar with what you are looking for makes a lot of difference on how you write. 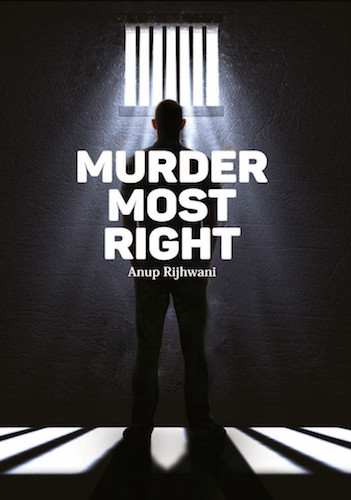 What motivated you to write the book “Murder Most Right”?

I got the primary idea of Murder Most Right from a couple of places, one of them was a book ‘Keep off the grass’ by Karan Bajaj and the other was a movie ‘Boyhood’.

The theme is basically a life journey, focusing on different aspects of a man’s life, childhood, family, love, etc.

With the idea generated and the interest of writing always present in me, the journey of Murder Most Right began.

Can you tell us more about your latest book “Murder Most Right”?

It’s a classic debate on whether a crime can be morally justified or not.

The book is about Akash Sharma, who is spending a life sentence in Yerwada Jail for a murder. He narrates his incredible tale to his only companion Shiva from behind the bars.

Akash’s story takes us on a roller coaster ride in which he has been a ghost hunter, a black magic guru, a call center hippie, a social worker in the Mumbai slums, a hot blooded killer among many other things.

As Akash’s story unfolds, the mysteries of why Akash committed the crime and who Shiva is, unfolds.

How did you come up with the idea of writing crime fiction genre book?

Originally, when I started writing Murder Most Right, it was more on the lines of retrospection and I had given it the title of ‘Sinking beneath the skin’.

I have grown up reading crime fiction and that topic always interests me. I also like to watch a lot of crime inclined US series, mainly Dexter, The Mentalist, Castle, etc. So after some time, my natural instinct convinced me to include crime in my story and make the story revolve around it.

The crime got well adjusted to the theme of my story, and that is how ‘Murder Most Right’ was created.

I have been mesmerized by the work of George R.R. Martin in A song of Ice and Fire, it’s purely brilliant! Salman Rushdie’s ‘Midnight’s children’ was revolutionary; one of my favorites. Apart from him, I would say John le Carre, Stieg Larsson and John Grisham.

In the last few years, I have devoted myself to reading works of Indian authors and I really adore the works of Arundhati Roy, Jhumpa Lahiri and Amitav Ghosh.

There is nothing fixed as such. I usually make notes on my phone whenever an idea hits me and I elaborate on it whenever I get time. I prefer writing at night that is usually the time I feel my imagination is at the peak.

My advice is believe in yourself and let the writing come naturally. It’s just a matter of taking the first step, once that’s done everything will seem achievable.

Do not take your writing piece as a project with fixed hours of writing, timelines, too much focus on precise grammar, etc. it’s art, let it come to you naturally and get swept in the flow.

Once the initial draft is completed then make it a project with timelines for completing the editing, grammar check, submission to publishers, etc.

He likes to read inspirational books. He is a Professional Blogger, Entrepreneur and a power networker. By education he is a Computer Engineer and by profession he is an Online Marketer.
@niktalk
Previous Pooja Nair Interview – Love Apptually Book
Next Saurabh Leekha Interview – It’s Destiny, My Love Book