He runs his own manufacturing unit in Bangalore. The company is called Poly Fluoro Ltd. and he is a Director there. He is also on the Board of Trustees of The Agastya Foundation. He has studied from The Rishi Valley School, Andhra Pradesh until Class 10, he won a scholarship to Eton College to do his +2, completed his undergraduate degree in Economics at The London School of Economics. He won Prize Finalist at LSE (3 students get awarded each year). Let us know more about the entrepreneur and author in his own words. 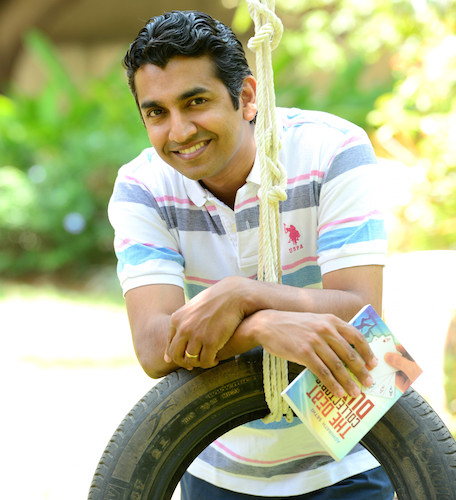 I had a great story in mind and really thought the plot was unique. Crime is exciting to write about and certain twists and characters appealed to me so much that I would wait to have some free time during which I could pen them down. The story is about luck and chance, which I think appeals to a lot of us. Writing itself was something I was always familiar with. It was how we expressed ourselves to our parents from boarding school. A letter a week was compulsory in school and when I went abroad, this habit was maintained, because e-mails were a lot cheaper than phone calls.

I fed on an all too healthy diet of PG Wodehouse, RK Narayan and later, Vikram Seth

Holding a reader’s interest without rushing too fast through the plot. This is where language and dialogue within the book become relevant. The book was intentionally kept short and is a fast paced read because I wanted the reader to move through it without ever feeling a lull in the action.

In this book I have stuck to writing what I am familiar with. Having dealt with debt collectors I was able to create a fairly realistic picture about how the main character goes about his job. Certain key elements including the love story and the visualizations of Mumbai were drawn from my own experiences. The parts of the story relating to the mob and murders were more a product of my imagination, but when you read the book, you would see that logically, everything ties in quite crisply. Crime is, after all, something we are exposed to daily through the media.

What motivated you to write the book “The Debt Collector`s Due”?

I was fascinated by the idea of a debt collector being taken from his rather mundane existence and being plunged into the racy world of crime, assassins and mob bosses. Once the basic plot was envisioned, other aspects of the story came together. The book is also different in that it traces the multiple storylines of each character in parallel and I do feel this makes it exciting for the reader. Only when characters collide do you realize who was where doing what in the overall scheme of things. 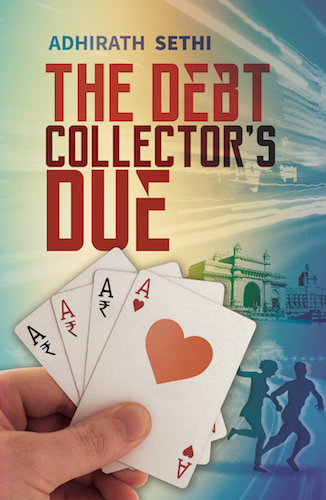 Can you tell us more about your latest book “The Debt Collector`s Due”?

The book follows the story of Samay – a debt collector, whose job mainly involves collecting small outstanding payments from small businesses. His life takes a dramatic twist when he is mistaken for a hit man and given a lot of money by a mob boss – Pande – for a hit that he did not execute. Scared, Samay decides to run away from Mumbai, but reconsiders when he realizes that the next person on the mob hit list is his estranged college sweetheart, Amrita.  Amrita is a journalist who has run afoul of the mob due to an expose she has done along with the Mumbai police to crack down on the underworld. Not knowing that the commissioner of police has provided for Amrita’s protection, Samay decides that it is up to him to help her to safety. Samay and Amrita flee to Panchagani while Pande, pursues them. Meanwhile Raka, the real hit man, arrives too late to Amrita’s apartment (having spent most of his day trapped in a sewer) and is nabbed by constable Waghmare – a bumbling cop sent for Amrita’s protection but who, like Raka was also delayed. In Panchgani, Samay needs to finally confront Pande for the sake of both his and Amrita’s survival.

The book charts the intermingling journeys of Samay, Amrita, Pande, the mob, the police and Raka, with each character’s storyline taking the reader one step closer towards a rather exciting climax.

How did you come up with the idea of writing Fiction genre book?

Fiction allows the writer to stretch his imagination to the furthest possible limits. Crime, in particular, is a topic that most of us love to speculate about, although it remains an under explored area in Indian fiction writing. The book looks at many aspects of crime and tries to construct a logical sequence of events that would transpire should a layperson, such as the protagonist, be suddenly exposed to the underworld. All things said, it is incredibly fun to write something knowing someone else might enjoy it. 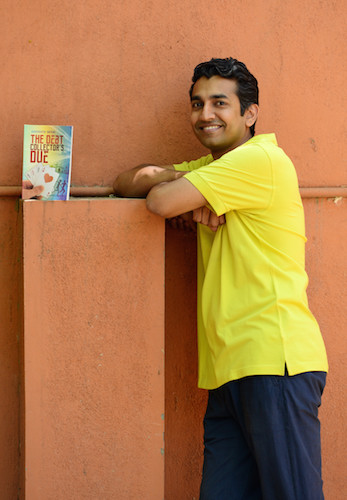 Apart from PG Wodehouse, RK Narayan and Vikram Seth I would probably have to say JRR Tolkien, JK Rowling and Somerset Maugham

I don’t usually schedule time. Due to the nature of my work, I’m relatively free in the afternoons. If there is a plot angle that is bursting to get out, I will shut myself in a room until I put it down

It’s still early days for me to start spewing wisdom. I’m trying to live and breathe writing at this point and would encourage others to do the same.

He likes to read inspirational books. He is a Professional Blogger, Entrepreneur and a power networker. By education he is a Computer Engineer and by profession he is an Online Marketer.
@niktalk
Previous Vasudev Murthy Interview – How Organizations Really Work Book
Next Parag Kulkarni Interview – Knowledge Innovation Strategy Book